Video of this song from youtube
Average Rating : 4.12
Total Vote(s) : 25
Please rate this song between 1 star and 5 stars (5 stars being the best). Just move your mouse on the stars above and click as per your rating. Your rating will really help us to improve our website. 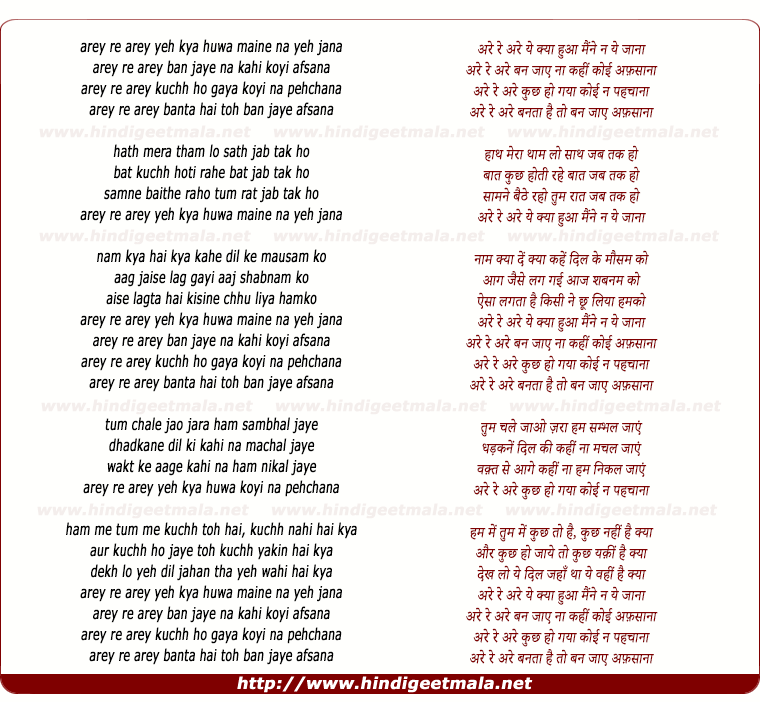 8969171 on Tuesday, February 08, 2011
I wish they still made films like this one here and like the other shah rukh khan films. I stopped watching Bollywood now. My last favourite bollywood film was released in 2004 and that was it. I am 18 now and I remember watching these movies when i was only a kid. All these good actresses stopped doing films now like preity, madhuri, rani, Ash, Juhi chawla. Those good old days are gone. altho I like Prinyaka chopra. But anyways, these movies will always be in our heart!!!! :) <3 <3
marniekazim on Sunday, March 20, 2011
i mss old indian movies. all the indian movies now try to copy hollywood and why do they always speak english they cant even speak it properly. stick to hindi
lestatjosephs on Tuesday, August 17, 2010
the girl in blue is not madhuri. and yes i know madhuri is sizzling hot. its karishma kapoor in the vid. still hot though.
amarjeetiitk on Tuesday, May 04, 2010
Madhuri, I didn't find any actress like you. You
should return to bollywood.