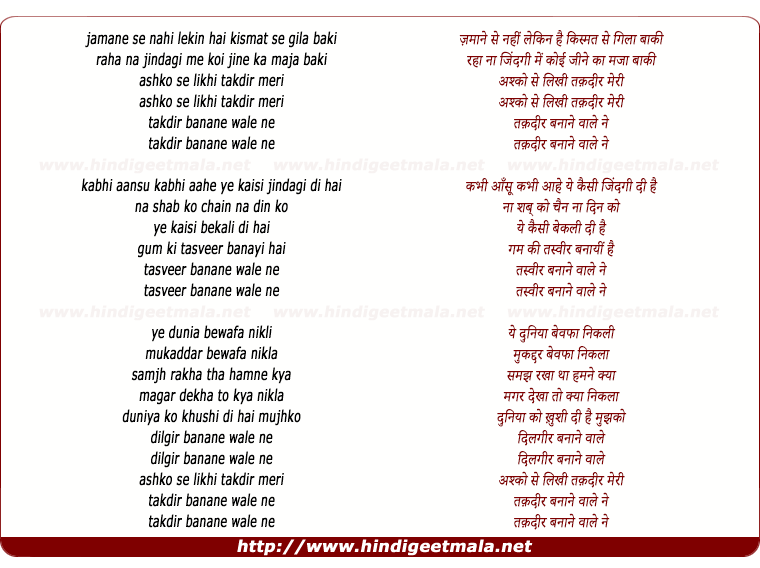 Comments on song "Ashko Se Likhi Taqdir Meri"
rumahale on Friday, August 31, 2012
I regret deeply for having missed it for the past two years, but, am
fortunate enough as one of my Facebook friends, from Los Angeles, USA did
share it. And, when I just started listening it was mesmerizing and
enthralling - what a magical creation. Learned viewers - Kalim Chishtie
from Karachi, MegaAiyub, latacrazy etc. have described it well. K Datta was
a great composer, but, left from Bombay movie field early. Thank you for
memorable presentation.

Ranjan Penkar on Friday, March 20, 2015
What a captivating song by Lata and Datta Korgaonkar. It seems he followed
C Ramchandra in writing his name differently as K Datta.﻿