Video of this song from youtube
Average Rating : 4.53
Total Vote(s) : 32
Please rate this song between 1 star and 5 stars (5 stars being the best). Just move your mouse on the stars above and click as per your rating. Your rating will really help us to improve our website. 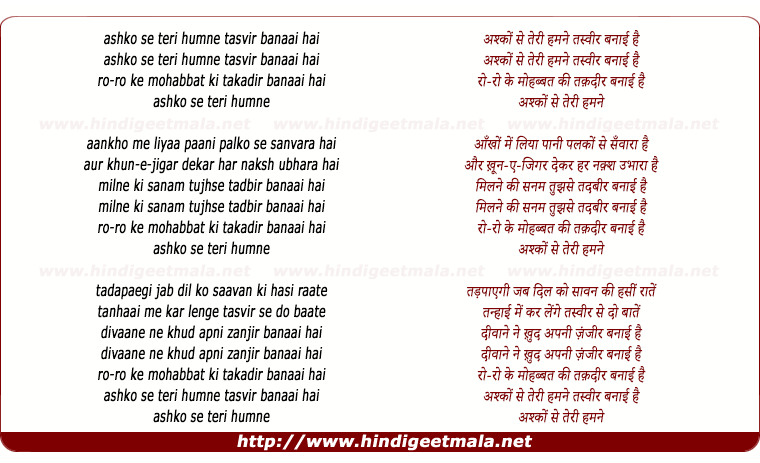 MyMusicalHeaven on Sunday, June 23, 2013
Kudos to Asha Bhonsle, Madan Mohan and Rajendra (also credited as Rajinder) Krishan for this gem. Of course, "Dekh Kabira Roya" has many such beautiful songs. On-screen, Anita Guha has done justice to the song. Thanks, Ajayji.
TheDeepakp on Wednesday, July 17, 2013
This is in continuation of "Meri Veena Tum Bin Roye" - Lata. Picturised on Ameeta.
banff123456 on Sunday, June 23, 2013
lovely song words,singing, pathos is she shoba khote