Video of this song from youtube
Average Rating : 4.25
Total Vote(s) : 170
Please rate this song between 1 star and 5 stars (5 stars being the best). Just move your mouse on the stars above and click as per your rating. Your rating will really help us to improve our website. 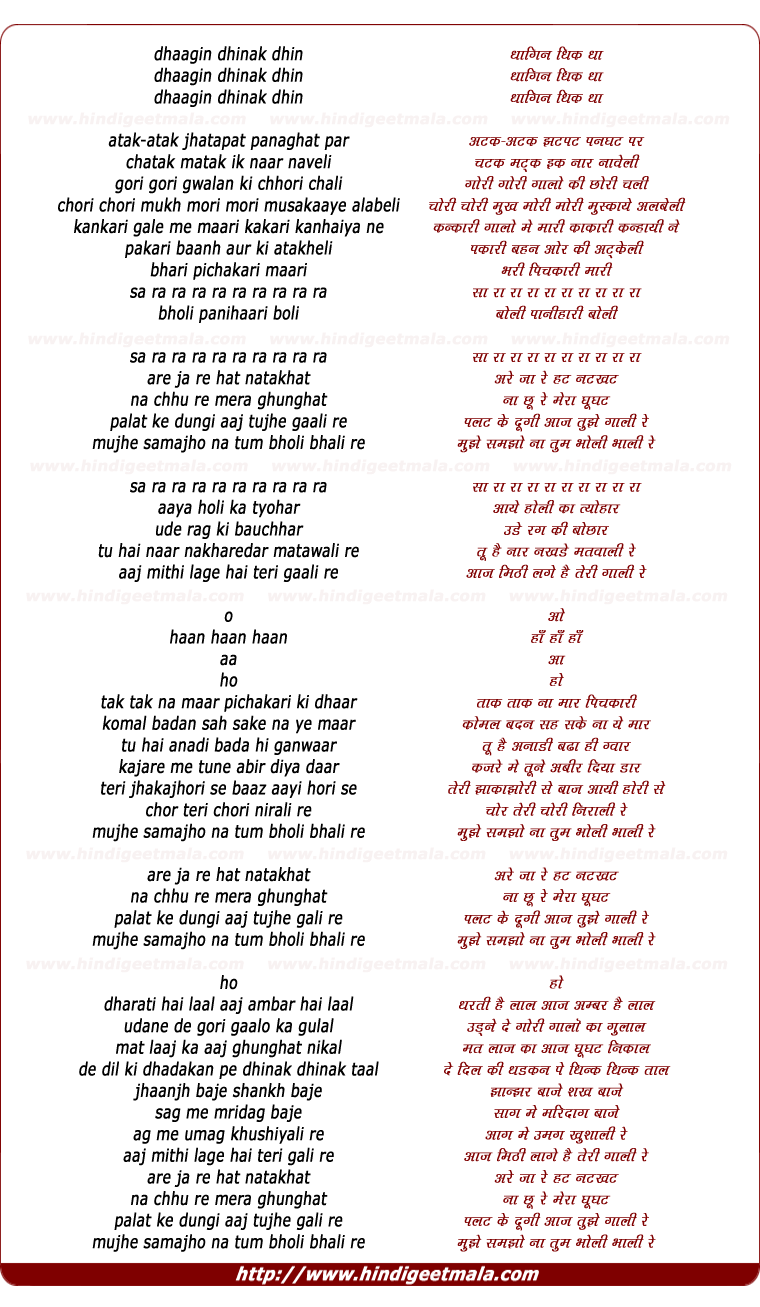 Comments on song "Aayaa Holi Ka Tyohaar, Ude Rag Ki Bauchhaar"
999kllove on Thursday, March 17, 2011
grt video of that time, sandhya is best dancer ever in bollywood history, no one can reach to her level of dance. hope we had her in our time not in past.
Acme07 on Monday, December 03, 2007
It was certainly one of the best ever to come out of India. The movie plot
is somewhat like that this guy who starts the song is one of the biggest
singer of his times, the girl who is dancing is his inspiration, a figment
of his imagination, he writes/sings all his songs for her. But this man is
married, but he hates his wife so never even see her face, and the irony is
she is actually his inspiration, he just doesn't know.

shirish mehta on Saturday, June 18, 2011
Mahendra Kapoor was not a voice of many actors. Still great maestro C
Ramchandra was able to get the best out of him. The credit also goes to
Bapu Shantaram for making the right combination of the actor Mahipal and
his background voice by Mahendraji.

snkartha on Friday, April 27, 2007
What a wonderful song with great dance from Sandhya. Wish you were still
there to give these wonderful performances even today. She is absolutely
enjoying every moment of the dance.

Ravi Gokhale on Sunday, July 12, 2009
Stunning, mind boggling, explosive and sensational. A feast to all senses.
Old Bollywood at its very best. Many thanks.