Video of this song from youtube
Average Rating : 4.59
Total Vote(s) : 71
Please rate this song between 1 star and 5 stars (5 stars being the best). Just move your mouse on the stars above and click as per your rating. Your rating will really help us to improve our website. 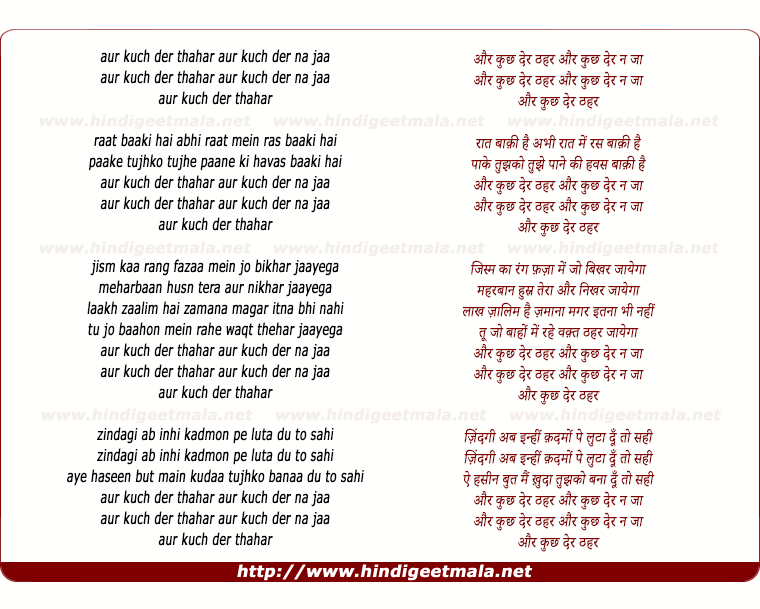 Jagjit Singh Ishar on Monday, July 07, 2014
Words get shortened to say something about Khayyam sahib & Rafi sahib,
their level & caliber is so high. Hats off to these two gr8 legends.﻿

Rajiv Desai on Friday, May 31, 2013
present time actors cannot match these expressions and above all Rafi with
yet another gem from his wealth of songs

sagooned on Tuesday, August 28, 2012
Media was never granted him his due. Rajesh deserved more attention than
Amitabh gained. If we judge carefully, Rajesh was better actor than his
successor super star. Dimple's attitude forced him to go in isolation which
kept him from bright fame in his later years. Hate Dimplw is the best way
for me to pay him best tribute.