Comments on song "Ave Maria Gracia Plena"
jewelmarkess on Saturday, May 04, 2013
Silly me, and I thought that the Latin Ave Maria prayer starts with "Ave
Maria, gratia plena" or in English "Ave Maria full of grace" and not "Ave
Maria, Maiden mild." The former are words from Latin Ave Maria prayer,
the latter are words from a literary work. In literary works, characters
often pray, catholic characters like a girl in 16th century Scottland pray
to Mary, while characters in Greek tragedies pray to Greek gods. Do you
think all such pieces should provoke religious discussions?

jewelmarkess on Monday, June 24, 2013
This is Barbara Bonney. Comes from this one or a similar CD:
/watch?v=OXXoBsLO9Iw You can compare the voice. It has nothing to do with
range - this is also a soprano. Maria Callas has never recorded anything by
Schubert though or anything in German (she even recorded Wagner in
Italian). In fact, I don't believe Callas recorded any art songs at all,
only operas and opera arias. BTW - Callas was a dramatic coloratura
soprano; Barbara Bonney here is a light lyric soprano, but both are
sopranos.

17bdawg on Monday, April 04, 2011
@tantawi1992 what part of my statement is hypocritical? calling a beautiful piece of music beautiful, despite the fact it was made for a certain religious group? i understand the meaning of the song to the catholic church, but your putting the religious relation in front of the literal relation. you are calling it a prayer to Mary, in front of a beautiful song, which i find supports my arguments in my previous comment

you can argue all you want, but religion wont help

Fersomling on Saturday, December 15, 2012
I sure am glad that I'm Catholic! I got Jesus, the Father, and the Holy Ghost, plus all the angels and saints, and the brethren here below praying for me. I get to receive Our Lord in the Blessed Sacrament, His Body, Blood, Soul and Divinity! I am so thankful that the Holy Ghost penetrated my invincible ignorance about the Church!
All praise, thanks, adoration, and glory to Him Who is!
May all God's children open their hearts to Him! Infinite Love! Endless Goodness! Unending Joy! Giver of Life! 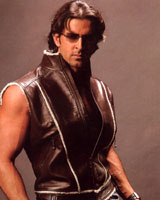