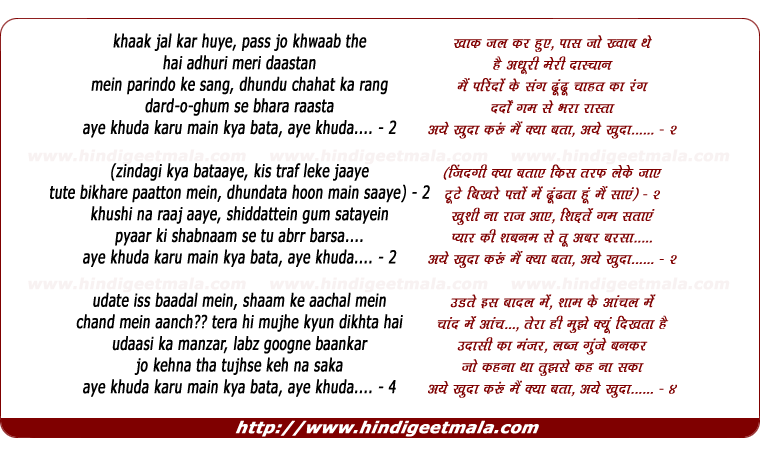 Comments on song "Aye Khuda Karu Main Kya Bata"
basseer on Thursday, February 21, 2008
i am not indian i am afghan but this song is the bomb. i luv it. its soooooooooooooo sad though. i never cry in sad movies though i jus feel sorry for the people in the movie like its real but i noe its fake. i like ayesha takia but tusshar kapoor is so frekin ugly. i hate him.g2g bye.
jimmycroni on Friday, January 25, 2008
Yes you do know why. You said it. He's not a good actor. His facial
expressions always look blank like ther's nothing behind what he's trying
to emote. Plus he can't dance and I personally don't think he's cute.

Hiziaa on Thursday, March 20, 2008
I dont agree with you people!
i've recently new him and i think he is pretty good !!!
HEY TUSSHAR KAPORR DONT LISTEN TO THEM!!!

singhum303 on Wednesday, February 16, 2011
anyone know what kind of sunglasses the guy is wearing at 2:30? I think they are Ray ban..wondering what the model name is.
08NaGa on Saturday, May 28, 2011
I dont know what kind of mark is this sunglasses. But same one has by "police", if u want to buy it...
View all 59 comments related to song Aye Khuda Karu Main Kya Bata
Popular Links on HindiGeetMala