Video of this song from youtube
Average Rating : 4.49
Total Vote(s) : 85
Please rate this song between 1 star and 5 stars (5 stars being the best). Just move your mouse on the stars above and click as per your rating. Your rating will really help us to improve our website. 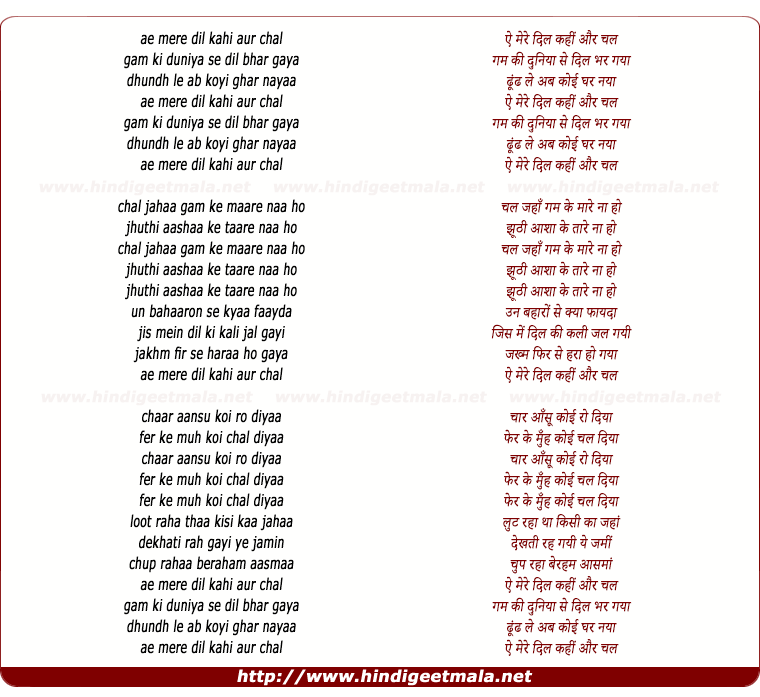 Voltairec on Friday, May 14, 2010
Talat means timbre.always glides, no jerks or quirks whatsover. Anything sung by him is touched by melody and purity. Blessed was Indian Cinema in 50's/60's to have such incredible talents...Rafi/Mukesh/Mannadey/Hemant Da and many more.
View all 38 comments related to song Aye Mere Dil Kahin Aur Chal (Slow Version)
Popular Links on HindiGeetMala