Video of this song from youtube
Average Rating : 4.53
Total Vote(s) : 381
Please rate this song between 1 star and 5 stars (5 stars being the best). Just move your mouse on the stars above and click as per your rating. Your rating will really help us to improve our website. 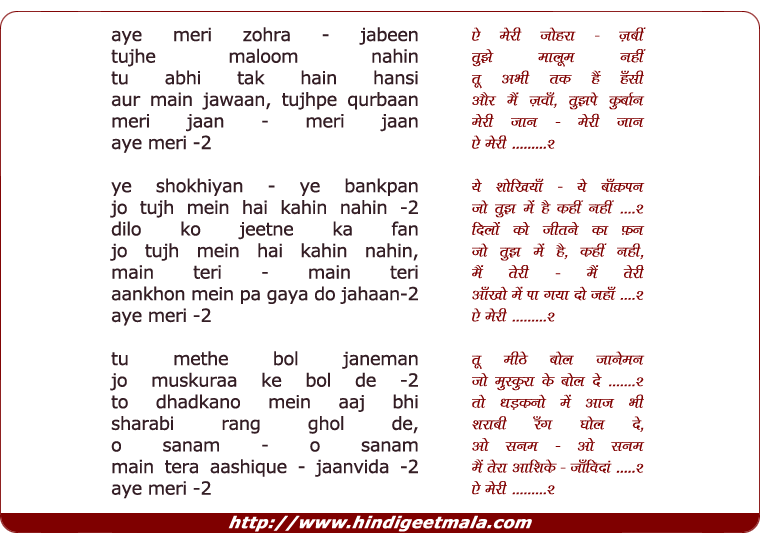 Kareem Aslam on Friday, February 18, 2011
Yeah true this song is sung by Manna Dey. I didn't knw it before but i came
to know this year after watching film-fare award when Manna Dey got the
lifetime achievement award and I like this song a lot its all time fav.

rumahale on Thursday, May 29, 2014
What about lyrics? Is it not necessary to give credit to the lyricist too?
I believe lyrics, music, and, singing are complementary to each other.﻿

prakash kalbande on Sunday, March 03, 2013
A BEAUTYFUL SONG OF MANNA DE UNDER COMPOSITION OF RAVI SHANKER TODAY ON
DATED 03-03-2013 IS THE BIRTHDAY OF RAVISAAB.GOD GIVE PEACE TO HIS SOUL.

Kriti Jain on Sunday, March 24, 2013
what happened to the real indian industry? why is everything in todays
movies about fame and show of? where is the delicacy of india? miss it