Video of this song from youtube
Average Rating : 3.96
Total Vote(s) : 24
Please rate this song between 1 star and 5 stars (5 stars being the best). Just move your mouse on the stars above and click as per your rating. Your rating will really help us to improve our website. 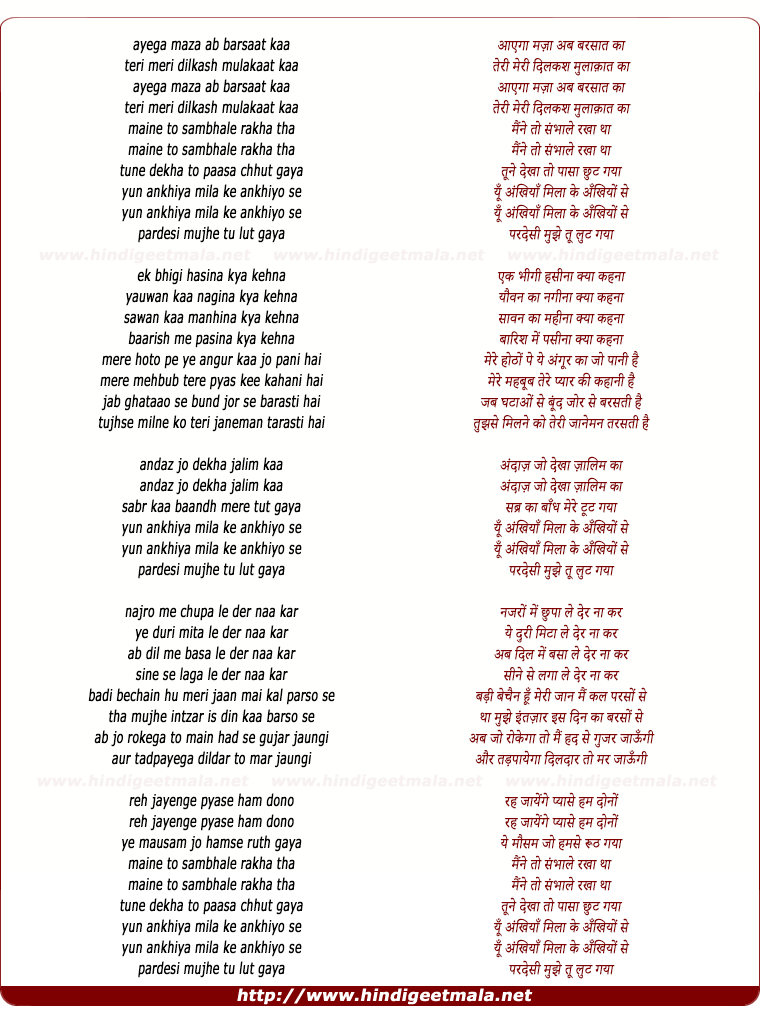 Comments on song "Ayega Maza Ab Barsat"
scorpions411 on Friday, March 13, 2009
every actor looks better now than 5 years ago. cauz style changes n by the
way in dostana they used cameratricks to let her look skinnyer and darker i
think she was in andaaz as beautiful than in dostana. note: noone can beat
aesh

simran26 on Friday, November 05, 2010
@scorpions411 but priyanka's actually had a nose job...look carefully at
her pictures from then and now...its soo obvious - she's gotten her nose
chiseled out nicely

bollylove90 on Sunday, May 03, 2009
beautiful locations and, of course, akshay and priyanka are amazing. i love this movie and that scene as well, especially at 4:54. very summer style!
fashion00900 on Wednesday, March 18, 2009
i love the song and video, even if i prefer the chemistry between akshay and lara most during this movie.
Paromita Bose on Tuesday, February 10, 2009
Priyanka Chopra's looks have changed so much...she is now much better
looking in Dostana than in Andaz.