Video of this song from youtube
Average Rating : 4.63
Total Vote(s) : 19
Please rate this song between 1 star and 5 stars (5 stars being the best). Just move your mouse on the stars above and click as per your rating. Your rating will really help us to improve our website. 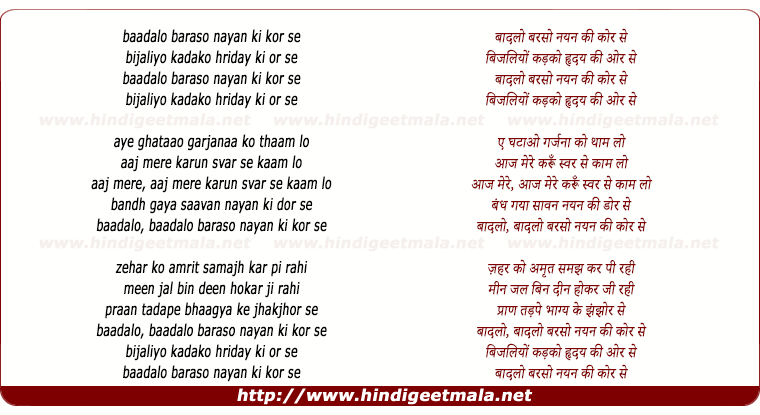 SPChitale on Saturday, September 19, 2009
See how classical Ragas r used aptly for every emotion expression. This song in Bharavi again by that mastero Vasant Desai
amrutvani2 on Thursday, February 11, 2010
As usual the best song from this film was San sanan jare o pawan seems cut
from this cd/dvd also. Harish