Video of this song from youtube
Average Rating : 3.63
Total Vote(s) : 8
Please rate this song between 1 star and 5 stars (5 stars being the best). Just move your mouse on the stars above and click as per your rating. Your rating will really help us to improve our website. 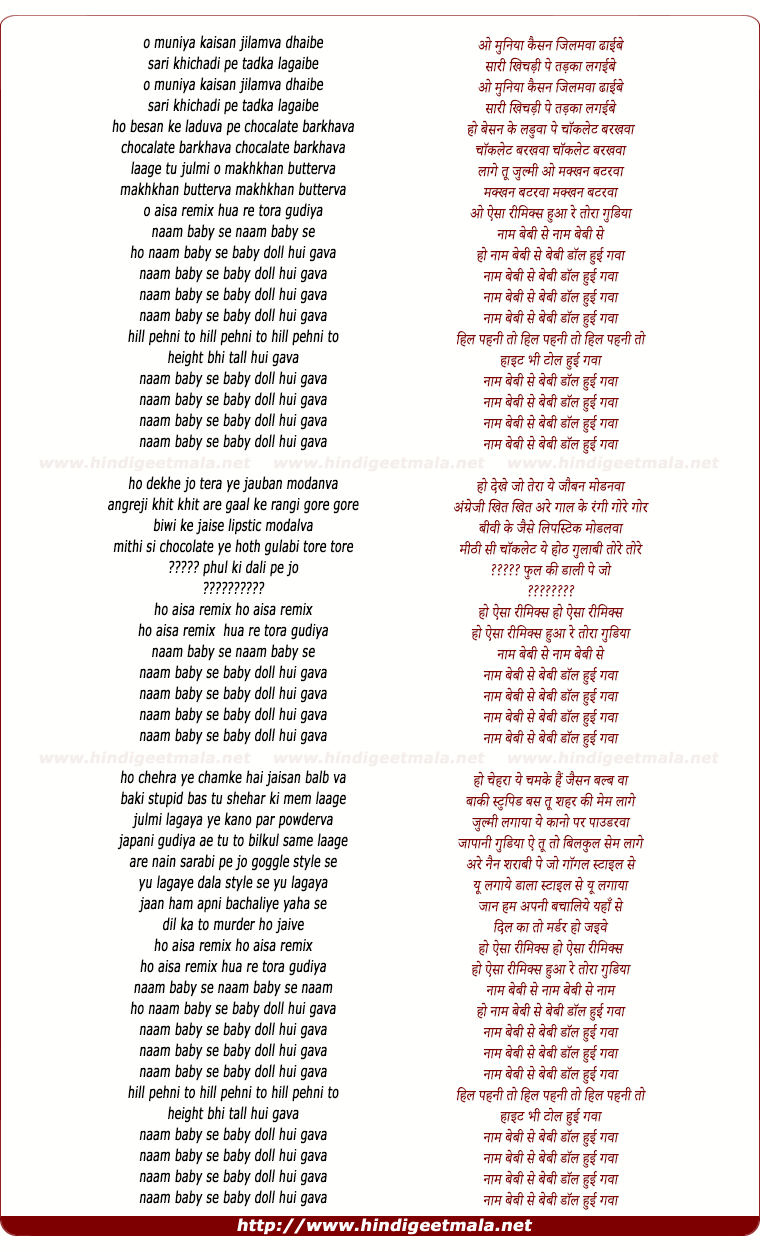 Comments on song "Baby Doll, Naam Baby Se"
Saqib Islam on Monday, April 29, 2013
Udit narayan, the legend is back... awesome... Was fortunate enuf to watch
the all time great face to face in Doha on 26th of April, 2013. His voice
still is so perfect (I thought I was listening to the songs of 95-2000)
MashaAllah... The legend is very much needed in hindi films... he is
unmatchable... no one can match him till date... just when he started Jaadu
teri nazar... it was something diff... the whole audience despite a bit of
rain, became crazy... amazing concert ...hats off

lakshmi S on Wednesday, April 24, 2013
omg this girl looks so cute. feel like pinching her chubby cheeks. waiting
to watch this movie