Video of this song from youtube
Average Rating : 4.43
Total Vote(s) : 175
Please rate this song between 1 star and 5 stars (5 stars being the best). Just move your mouse on the stars above and click as per your rating. Your rating will really help us to improve our website. 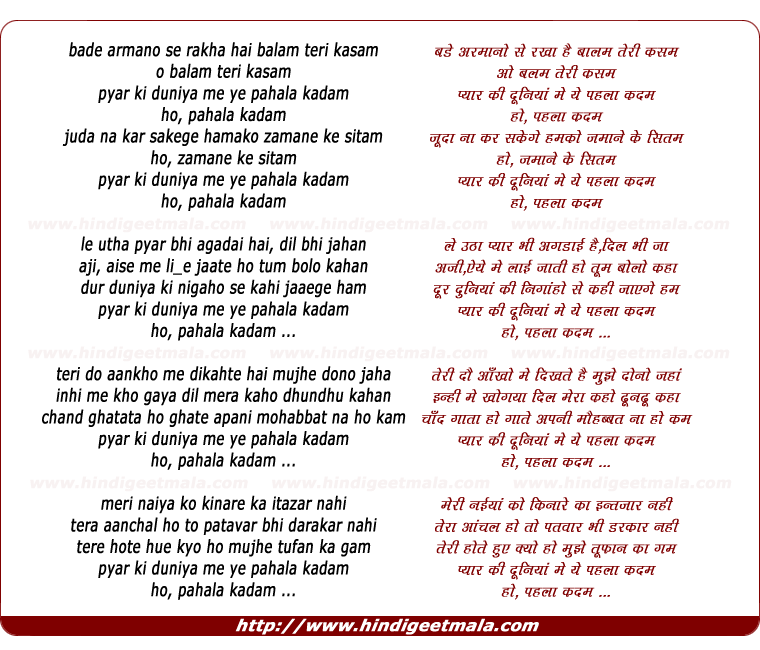 hira1ft on Tuesday, July 17, 2012
A sweet and vintage melody, one of the most favourite songs my father loved to listen on ''His Master's Voice'' grammaphone. A true example of fine music and poetry of those classic times of Indian cinema.

99farooque on Wednesday, June 15, 2011
very nice song, when i was 10yrs old in 1970, i use to lisen this song on
radio cylon, i am very thankful to you that i am watching this song, i will
purchase this movie dvd if available. thanks once again

99farooque on Tuesday, April 17, 2012
memory of my childhood when this song i was listening in 1970s on radio
cylon from 7:30am to 8:00am when i was 10 years old. this song was one of
best song played by radio cylone. thanks for uploading..