Video of this song from youtube
Average Rating : 4.36
Total Vote(s) : 39
Please rate this song between 1 star and 5 stars (5 stars being the best). Just move your mouse on the stars above and click as per your rating. Your rating will really help us to improve our website. 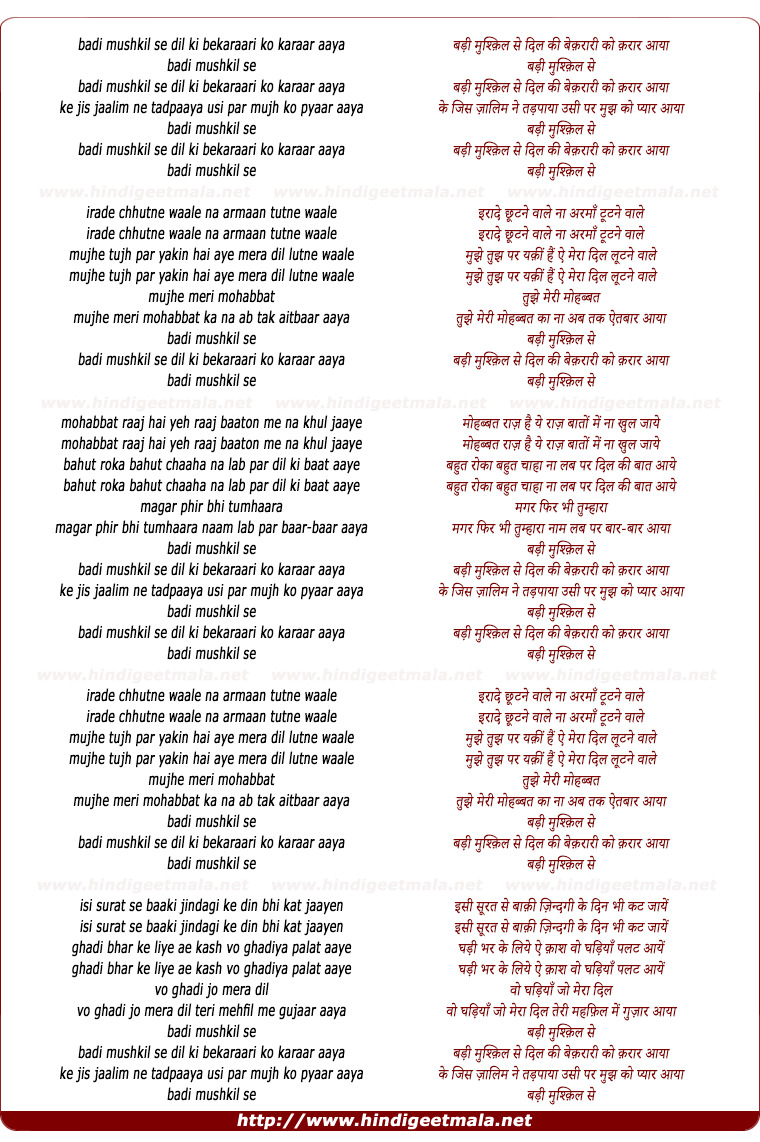 Comments on song "Badee Mushkil Se Dil Kee Bekaraaree Ko"
rumahale on Sunday, December 07, 2014
I am simply overwhelmed to read the excellent comments from the learned
viewers, so also in listening this immortal gem. I had somehow missed it on
your channel. Please know that it is one of the most favourite songs for
me. I appreciate the rich contribution of geniuses - lyricist, music
director, and, singer in respective field; also, special mention of
appreciation to Shamshad Begum.
Thank you for excellent presentation of this rare gem - critically
acclaimed. Hope, you have uploaded other songs mentioned by other learned
viewer +reverseswing ﻿

Himanshu Muni on Saturday, May 07, 2011
Thanks!, suparb song!,enjoyed as much as I enjoyed in 1953! Crystal clear
pronounciations add unique dimenson to bold confesson of being in love.
Realy nice of you to recall such nostelgic memmories of the golden period
of Indian music inclusive of beutiful "private" songs recorded
then.-himanshu.