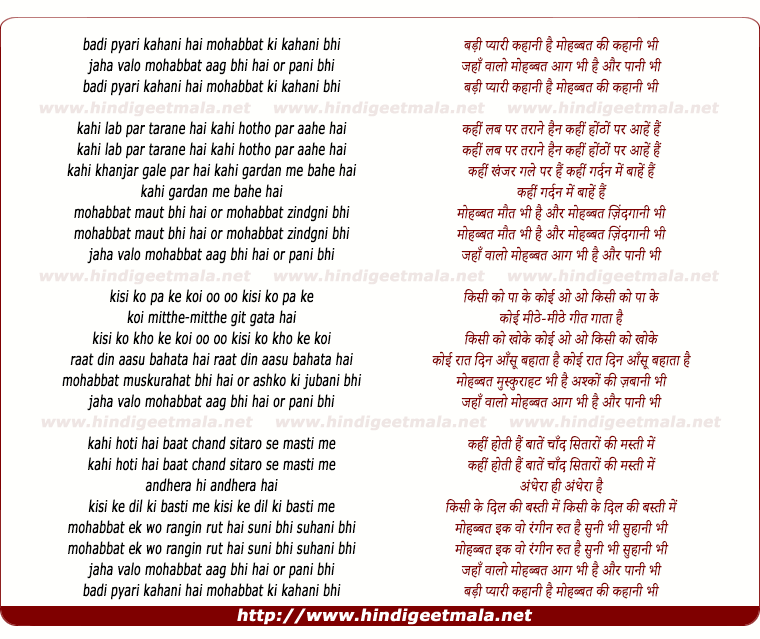 Comments on song "Badi Pyari Kahani Hai Mohabbat Ki Kahani Bhi"
Saadat Khan on Tuesday, January 08, 2013
Thanks. A very good poetic as well as music composition by Khumar
Barabankwi and Roshan respectively. I have not watched the movie but the
song was heard from Radio Ceylon.and it captivated me at once.It often
happens with those who are conversant with Hindi/Urdu or any other language
of the sub-continent that they get attracted to even tunes of old Indian
songs.The reason is that these songs reflect universal human emotins.The
tunes of many a song are based on folk-songs of our own languages.

rumahale on Saturday, September 01, 2012
I heard it recently on Radio Ceylon - beautiful song by the legends of our
time; credits also due to Roshan for fine composition, and Khumar
Barabankvi for meaningful lyrics. Thank you.

joylowie Shute on Monday, October 26, 2009
Thanks for my request. At last my long lost song it sure brought memories
thank u so much. Just loved it