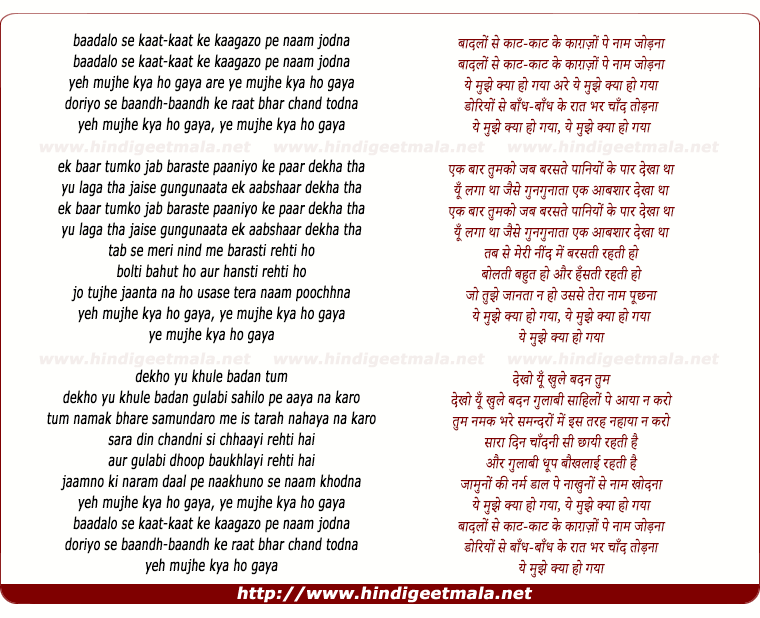 Comments on song "Badlo Se Kaat Kaat Ke"
singlejames on Monday, February 15, 2010
This is my all time favourite romantic song...it is so soothing...the best scene i like is when urmila is kissed ,the way she reacts is so natural and innocent.hats off ramu...
tdeepakraju on Thursday, May 13, 2010
my faourite - song, music, background, actors, story, screenplay, direction - film - everything!!
Excellent!!
Hats off to Ram Gopal Varma