Video of this song from youtube
Average Rating : 4.07
Total Vote(s) : 27
Please rate this song between 1 star and 5 stars (5 stars being the best). Just move your mouse on the stars above and click as per your rating. Your rating will really help us to improve our website. 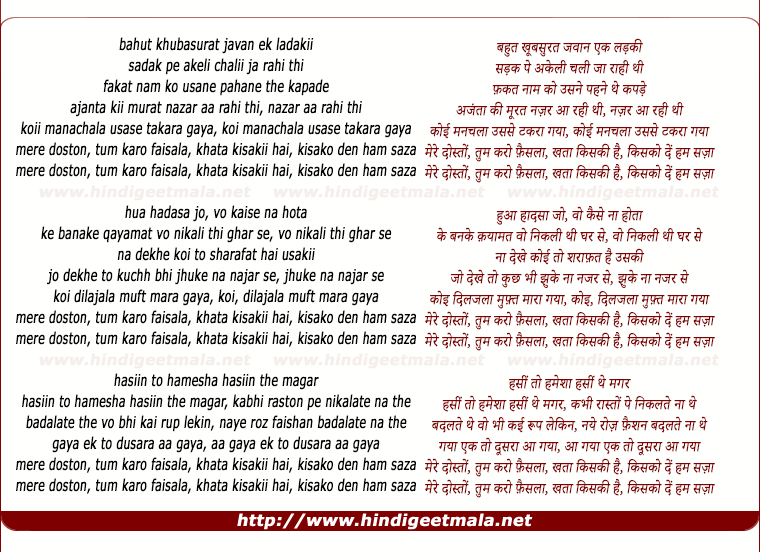 Comments on song "Bahut Khubsurat Javaan Ek Ladki"
chandrashekharjain on Friday, August 27, 2010
Another upload on Jeenat Amman. With a Amitabh Bachhan as bonus. Who knew
any small actors like Amitabh when Jeenat babe rocked Miss Asia
Pageant-Jeenat Aman's sultry persona was a contrast to many of the more
conservative stars of the era. Some awards out of many more as under # 2003
- Bollywood Awards 'Award for Lifetime Achievement'- Lifetime of Glamour. #
2008 - Zee Cine Award for Lifetime Achievement # 2010 - "Outstanding
Contribution to Indian cinema" at the 11th IIFA awards


Raj on Sunday, May 30, 2010
WOW God Big B your are truly amazin..kishore da sung well very well but the
way The God himself Big B has sung this song is absolutely mind
blowing..Guys see Big B Lip movement no one can match him.