Average Rating : 3.70
Total Vote(s) : 10
Please rate this song between 1 star and 5 stars (5 stars being the best). Just move your mouse on the stars above and click as per your rating. Your rating will really help us to improve our website. 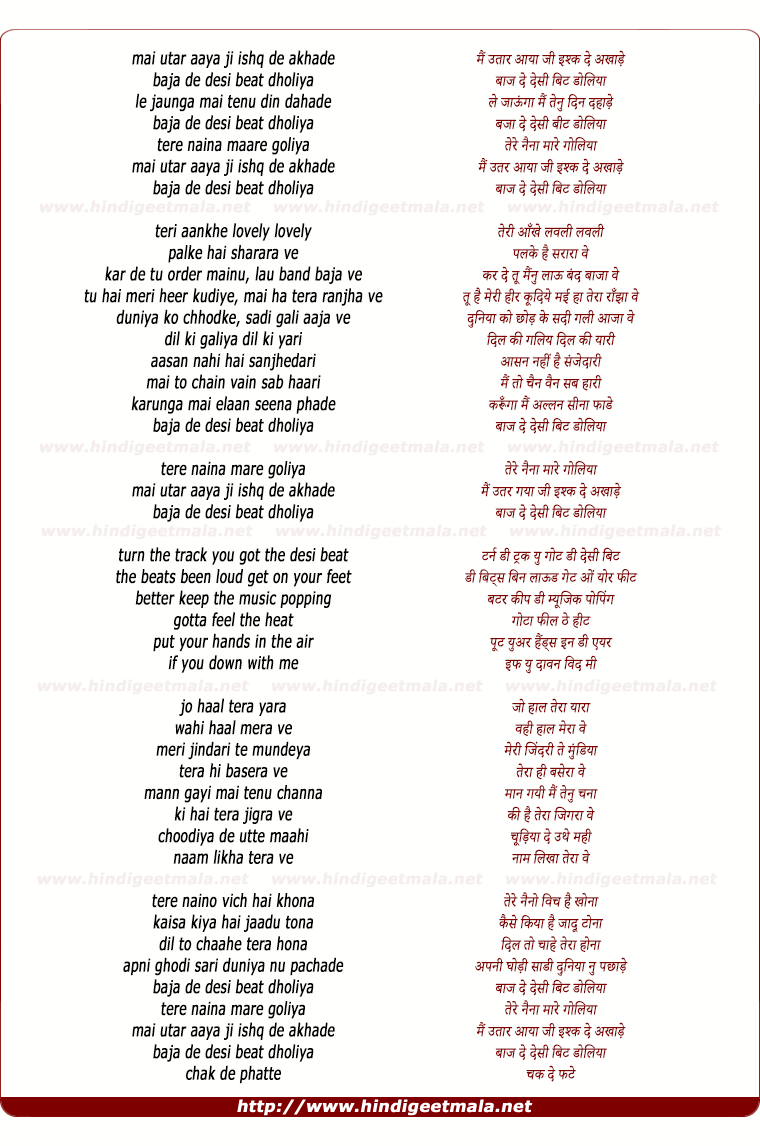 Comments on song "Baja De Deshi Beat Dholiyaa, Le Jaunga Mai Tenu Din Dahade"
amina4529 on Sunday, November 20, 2011
kareena love ur outfit...!
PrincessRamsha999 on Friday, March 09, 2012
@an8ification Do you HAVE to bring them into everything? Of course, they
are legends (but I'm not so sure about Aish) but Kareena's the recent past,
the present and the future. Since she's one of the only actresses in the
industry who can act spectacularly well and is given her due, you should
support one of Bollywood's best rather than bagging her down with women who
have already had their secure, everlasting careers... =D LOVE YOU KAREENA!
Rock it for years to come! <3

SominalFilms on Saturday, August 13, 2011
@nurainfarizan Mate I dont want to start an arguement... but its obvious...
write 'Dabangg Soundtrack' in Google and look at the way hes holding his
glasses. the 666 sign way. and in Ready, the song character dheela he
does the 666 hand sign, even in the READY song "Meri ada", he points the
666 Hand sign, he does it in nearly all his films and thats why they become
all time blockbusters... he is an illuminati!!!

Muhammad Sajid on Saturday, August 06, 2011
I can't believe they haven't shown this on any of the music channels itz
gonna be a super duper hit. Salman is at the top of his game he is
unbeatable even the actresses who act with him get left in his shadow
because he is that good. Salman is a deadly combination of great
looks,fabulous body and super acting skillz that come to him so naturally.