Average Rating : 4.18
Total Vote(s) : 838
Please rate this song between 1 star and 5 stars (5 stars being the best). Just move your mouse on the stars above and click as per your rating. Your rating will really help us to improve our website. 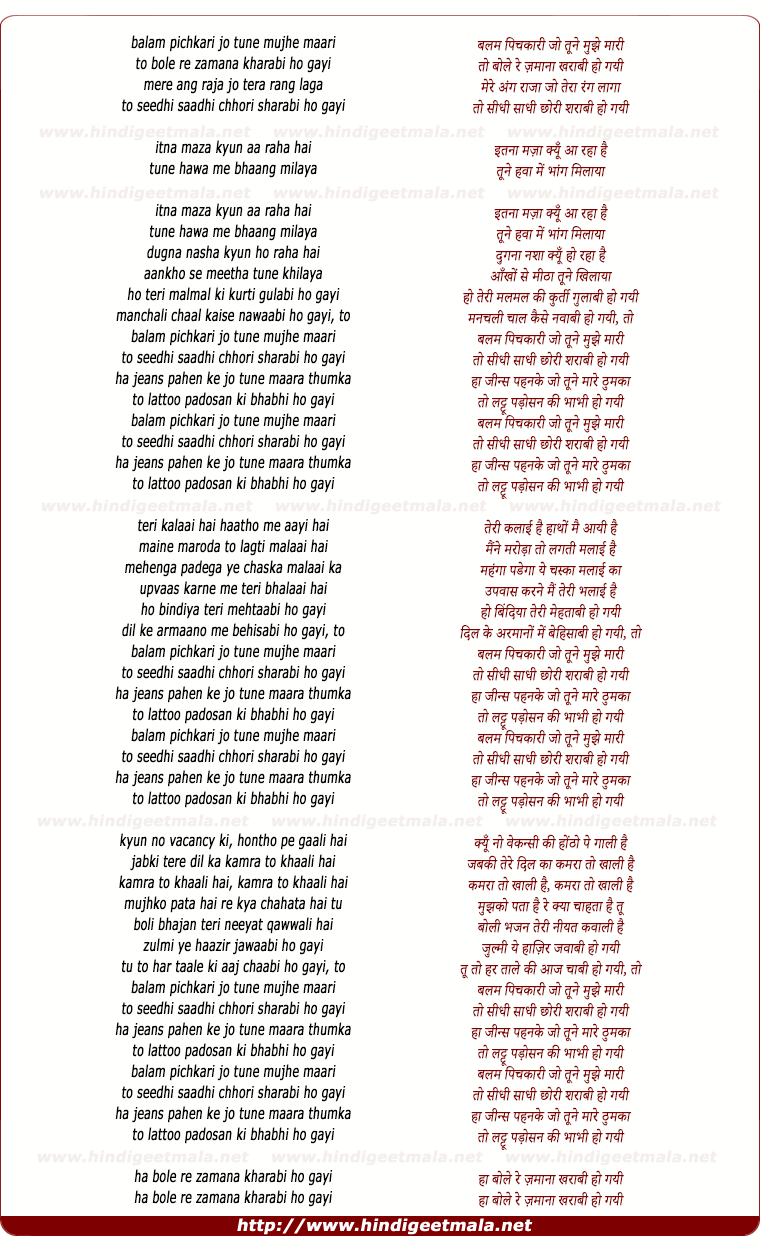 Comments on song "Balam Pichkari, Jo Tune Mujhe Maari"
Sakina Sehgal on Tuesday, April 16, 2013
are you kidding me? he did in like multiple interviews, look around for
them. Not like I have them saved. Who cares who she moved onto after they
broke up? She's not the topic here, Ranbir is. He was the one that cheated
on her. Maybe you've never been cheated on before but it isn't something
easy to recover from. She had every write to trash talk him on that kwk
episode. I'm not saying it was a mature way to handle the situation but its
not like he didn't deserve some sort of whiplash

gladitsmonday on Thursday, June 27, 2013
lol I don't think that's why. I'm white and I love Hindi movies but it
really annoys me that there are always white people in the songs. I agree
with Rhythm Joshi, that they do it because they think it makes them look
"cool". I wish someone would break it to the filmmakers that white people
aren't "cooler" or better than any other ethnicity and they should stop
putting Indian dancers out of work.

Sakina Sehgal on Tuesday, April 16, 2013
i'm not surprised that's how they reacted anyways, karan always always
tries to get underneath people's skin with their personal issues to get an
answer out of them for the sake of entertainment. only way to shut him up
is to say something. i'm not even mad since he deserved it, but no, it
wasn't mature. again, idc what srk said. the cold hard truth is he cheated,
he was the wrong doer here

Farha Khan on Saturday, June 22, 2013
Stop hating on deepika padukone. The director chose her as the person to
play naina. She and ranbir play good together . Seriously what did she ever
do to you guys it's not like she killed someone or anything. She's a really
smart girl she's good in every single one of her movies. So shut up sit
down and enjoy