Video of this song from youtube
Average Rating : 4.13
Total Vote(s) : 16
Please rate this song between 1 star and 5 stars (5 stars being the best). Just move your mouse on the stars above and click as per your rating. Your rating will really help us to improve our website. 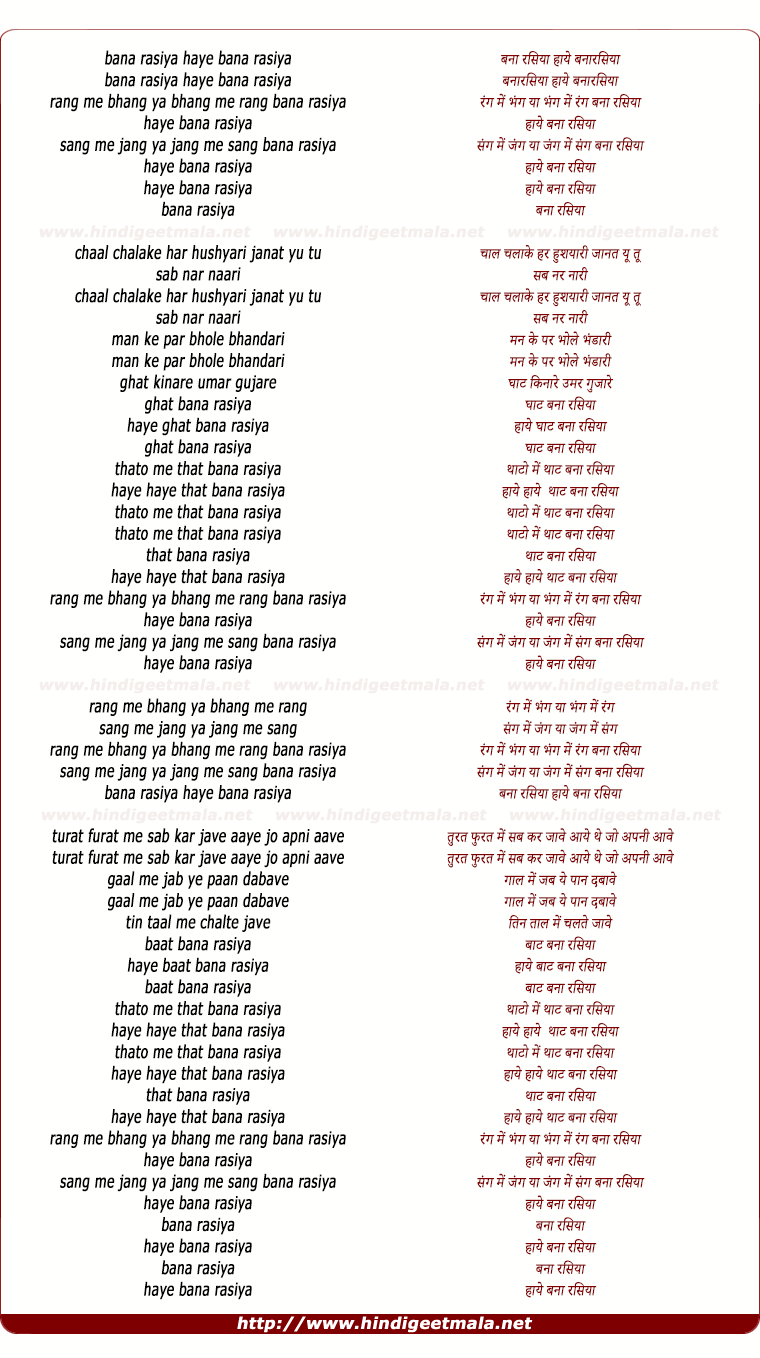 Comments on song "Banarasiya Haye Banarasiya"
Shah Shaheen on Sunday, June 09, 2013
Yes actors like Nawazuddin , Nana and Irfan are great but they dont get
respect from bollywood industry as much as Dhanush and others get from
Tamil. Tamil respect the talent despite the color critieria. not like
Bollywood who were always obsessed with 'color and look' criteria first
Shahrukh then Hrithik and now Ranbir is getting popular hindi film awards.
who cares about Nana Patekar , Nawazuddin Siddiqui , Manoj Bajpai, Irfan
Khan ,,, and even Ajay Devgan !!!

Shah Shaheen on Saturday, June 15, 2013
it looks like you didnt understand what is my point. i am talking about
bollywood and not national awards. i hope you know whats the difference
between Indian Cinema and bollywood. And about my pic. whats wrong in
putting some one else' picture.? see whats my pose in this pic. holding
ears is a gesture of humble and simplicity when we talk about big things
and big personalities. Didnt understood..? then theres no meaning talking
more on this with you.

Shah Shaheen on Thursday, June 13, 2013
You are missing many points. Good looking and charismatic ? whats the
criteria of being a good looking actor ? is good looking only based on
color ? Tell me why Rajnikanth is popular in many countries mostly in
Japan, but not in bollywood. Bollywood respect Rajni, but only see him as
comic character spoofing always with dialogues like "MIND IT ,,, RASCALA "
... he rarely acts in Hindi movies.why nobody choose him ?

vjunloc1 on Sunday, June 09, 2013
MrOutstandingtuber, you really are "outstanding", because you have no idea
about something called "context". My comment was a response to Lakshmi's
popular comment saying - he came to teach "All" bollywood heroes, bollywood
is not just about "John Abraham, Salman, shahrukh etc", there are so many
people doing serious cinema, but it won't be visible to narrow minded
people like you, It's best, you go enjoy your un realistic action sequences
and turn normal actors in to gods(build their temples).