Video of this song from youtube
Average Rating : 3.86
Total Vote(s) : 73
Please rate this song between 1 star and 5 stars (5 stars being the best). Just move your mouse on the stars above and click as per your rating. Your rating will really help us to improve our website. 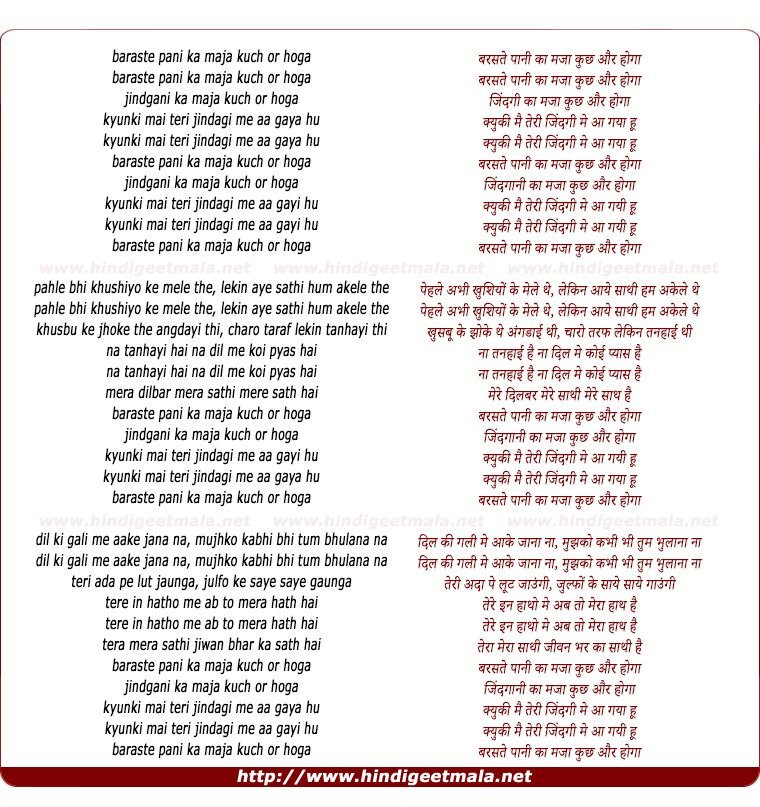 Comments on song "Baraste Pani Ka Maza Kuch Aur Hoga"
Javed Shah Afridi on Monday, June 21, 2010
@LUQY4LYF The singer is Babul Supriyo He Copied Kumar Sanu from the start
of his carrier till now. The Song is superb but if Kumar Sanu sang this
song it would be better and felt more romantic and melodious.

Rahul Ukey on Tuesday, October 16, 2012
really nice song by NADEEM-SHRAVAN, thanks for uploading...i am missing
NADEEM-SHRAVAN melodies very much.