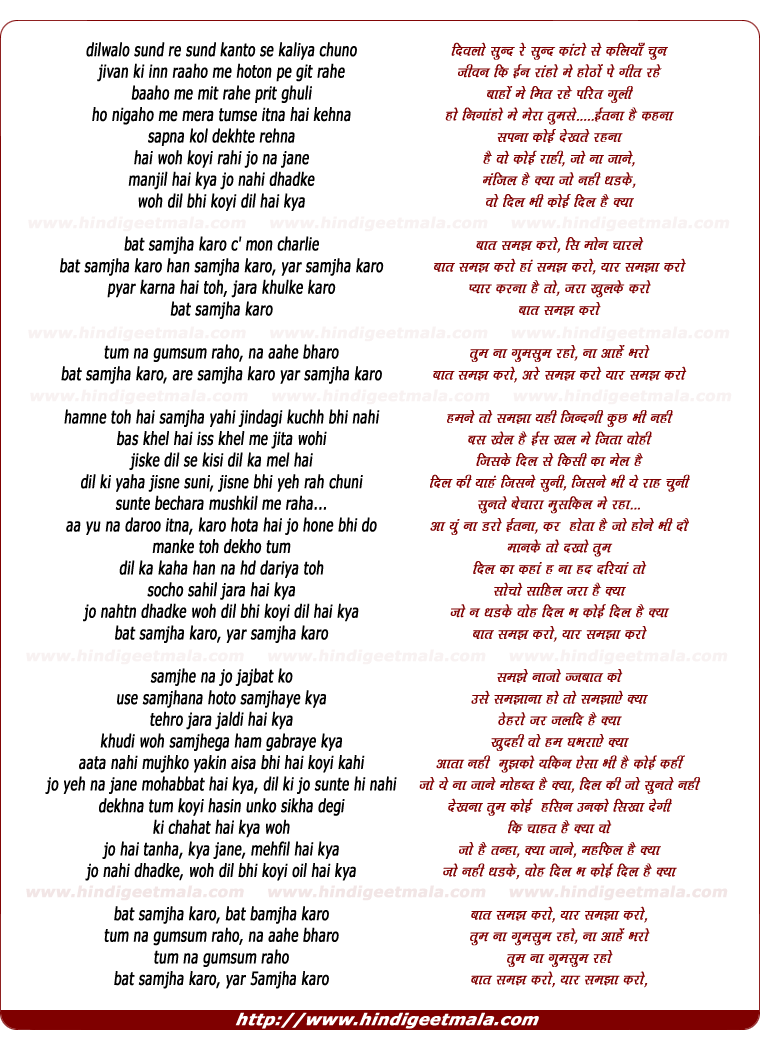 Comments on song "Bat Samjha Karo"
Kareena1988 on Tuesday, February 08, 2011
well, the film director said when he was young he used to go to a magician show and he liked it so much, the magician always said "come on charlie" before he did a trick. So, the director used it in his song.
newconcnewconc on Thursday, June 10, 2010
Reminds us of good music!
Greetings from Germany`s second best but least known electric pop band: "new concept." Kind regards.

naughtydevil02 on Saturday, November 06, 2010
god just look at that man his personality brings life into anything!!i love amitab bachan
Heather Fisher on Friday, January 14, 2011
whenever i watch this movie i always wonder.why does he say c'mon charlie???
Reddz00 on Tuesday, May 19, 2009
Absolutely love it!! The dancing is wonderful! And Aish is just beautiful!
View all 10 comments related to song Bat Samjha Karo
Popular Links on HindiGeetMala