Video of this song from youtube
Average Rating : 4.20
Total Vote(s) : 142
Please rate this song between 1 star and 5 stars (5 stars being the best). Just move your mouse on the stars above and click as per your rating. Your rating will really help us to improve our website. 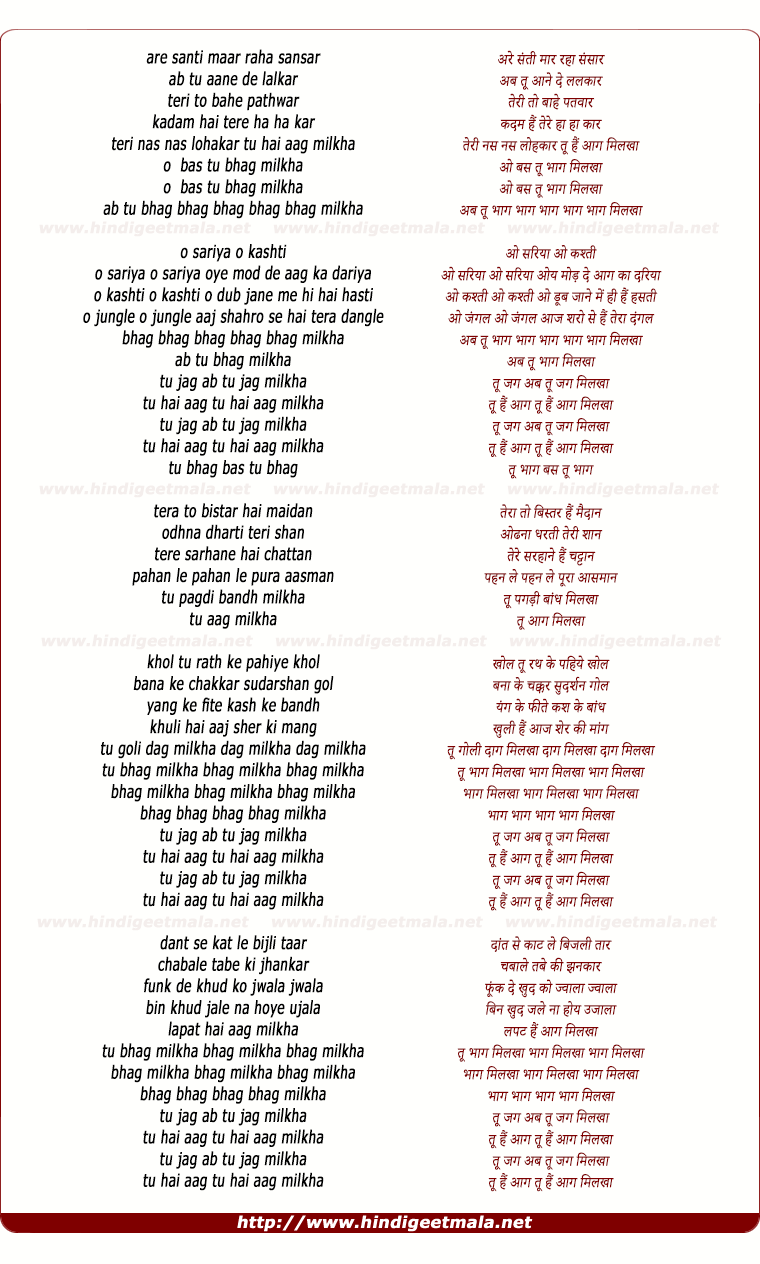 therealearner on Wednesday, July 24, 2013
Gaana or Dhingana (google it) to hear it legally online. :) The track's
name is Bhaag Milkha Bhaag (the one in the first half) and Bhaag Milkha
Bhaag (rock version) (second half)

Jeetender Kumar on Friday, July 19, 2013
After This Movie Khans era internally has ended in bollywood and Farhan
Akthar Era has Started.So Beware of Farhan Akther he is coming to get you.

Akshay Sarawat on Tuesday, July 30, 2013
Milkha Ji you are a national treasure. Farhaan thanks for reviiving Milkha
ji in the minds of today's youth. Jai hind

Alpesh Joshi on Tuesday, July 09, 2013
oopss its sidharth.. awsm lyrics which made this song so. so gud,
waiting for d movie to release.