Video of this song from youtube
Average Rating : 4.38
Total Vote(s) : 101
Please rate this song between 1 star and 5 stars (5 stars being the best). Just move your mouse on the stars above and click as per your rating. Your rating will really help us to improve our website. 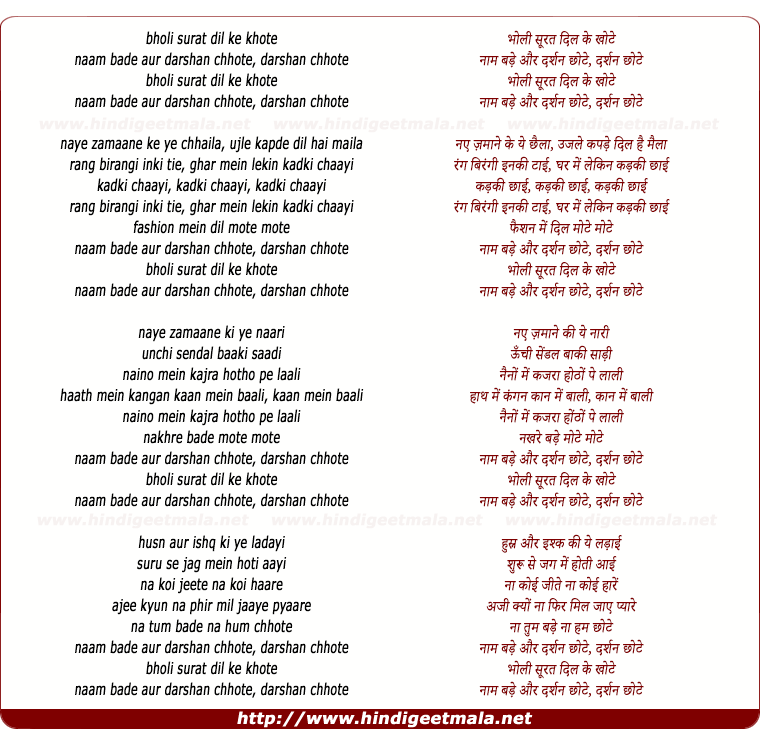 Vijay Kumar on Saturday, May 03, 2008
C.Ramachndra who sang nom de plume, Chitalkar, was a great singer in his
own riight. He gave us memorable songs. The movie Albela is an prime
example. The classic being Dheere se aaja re akhyan me. , Lata's greatest
"lori". besides Aja re a nindiya tu aa from "Do bheega Zamin". Thank you
for posting it. Vijay

milinddabke on Friday, December 25, 2009
bhagwan dada was the first dancing hero of bollywood, the film gave rk film shree 420 run for its money, the free style dancing was picked up later by shammi kapoor and then jeetendra, and big B also couldnt stop himself from copying bhagwan dada, and he admits it,
Hamad Sheikh on Friday, June 26, 2009
Beauty and love have always fought this fight from the beginning. No one
wins or loses, so why don't we all get together? Neither are you bigger nor
we smaller. With long names and small actions, Innocent faces, with hollow
hearts...

69blackboy on Sunday, January 04, 2009
Amitabh bachchan once said that, Bhagwan Dada was his source of inspiration
on certain dance moves,which was evident from his style of dancing.Amitabh
has also performed once on stage on the song "Shola jo bhadke."