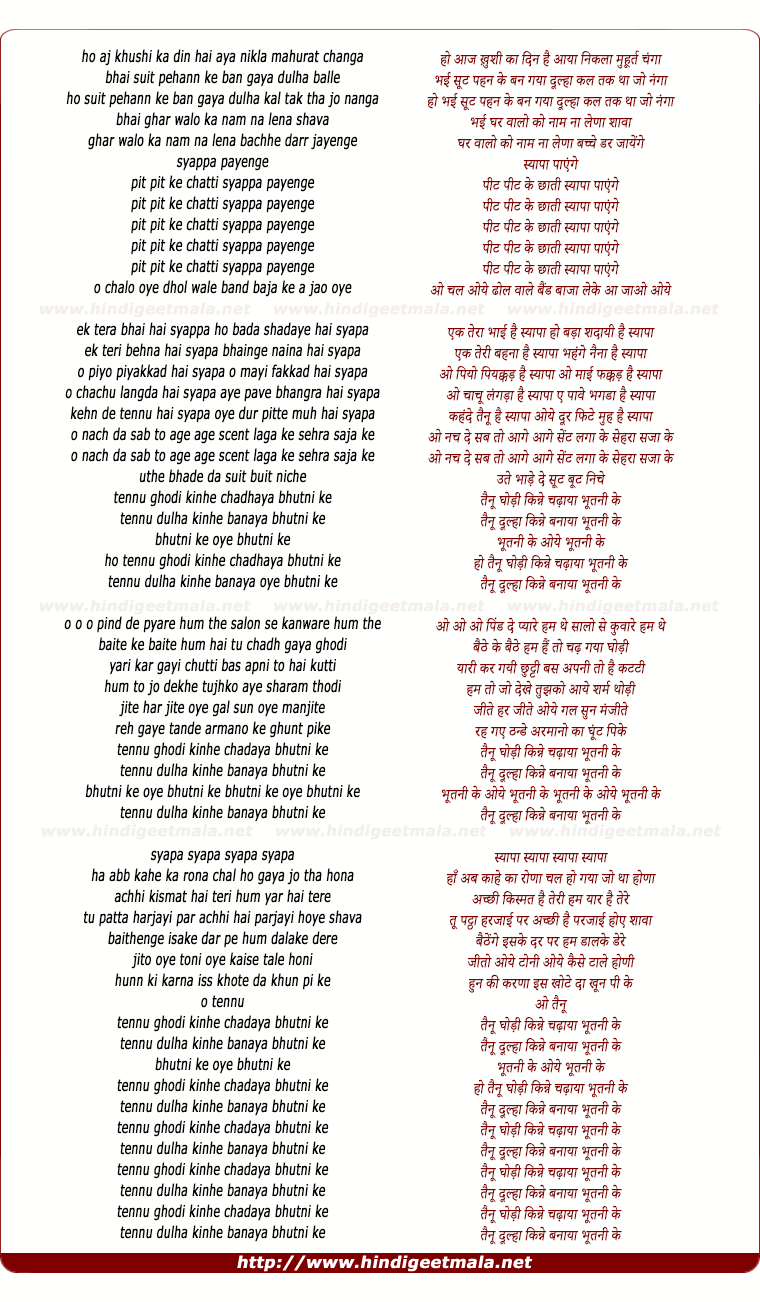 Comments on song "Bhootni Ke (Tiger Style Mix)"
uksurd on Thursday, August 19, 2010
@elitegodlyme hey I did understood the song, but if you know the lyrics
exactly, the word 'syapa' is negative and we don't use it, this song is
played in marriage and some people discourage this. For young generation
its fine , but according to old people, using these words in a good day is
not good. So, I am telling you from that point of view Cheers

Deep Saunders on Saturday, July 05, 2008
it's not the usual dhol baging Tigerstyle. But it's great for people who
like Bollywood Music

vibez2me on Saturday, May 02, 2009
i love the remix version of this song wayyy better than the movie version
uksurd on Wednesday, December 23, 2009
worst song lyrics but he remixed it to listenable
devilinaround on Thursday, May 07, 2009
lol, AWESOME!
Popular Links on HindiGeetMala