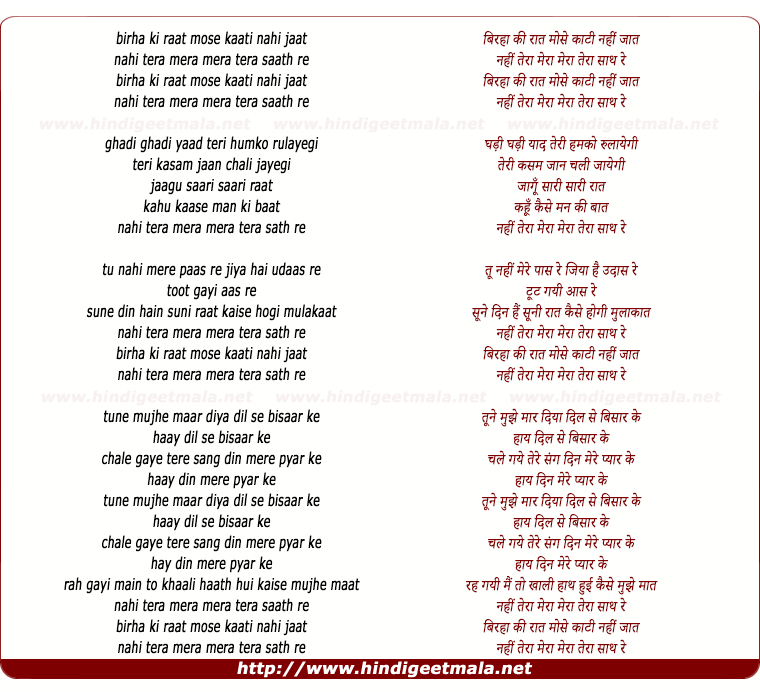 LakshmiNam on Thursday, September 20, 2012
This is the only copy of the song in YT. Thanks a lot for the upload.
According to website anmol fankaar, originally, this tune was used for the
Rajkumari song Kali Kali Raat Beeti Jaaye Barsaat in film Dil Ke Tukde in
1940s. The film was never released, and Aziz Khan "Hindi" resused it for
this Asha Bhosle song. I am glad he did.