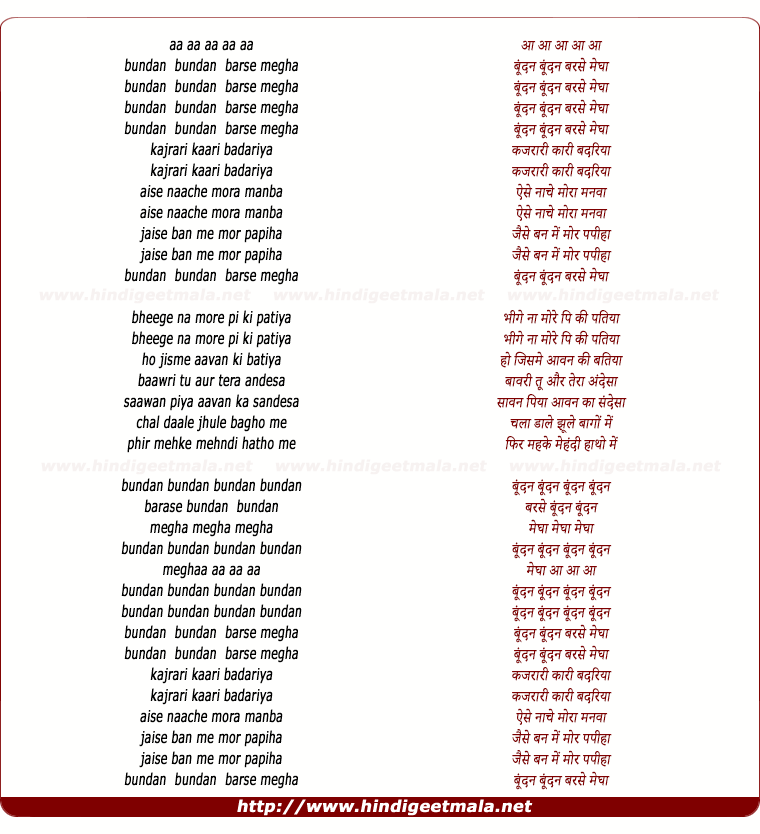 Comments on song "Boondan Boondan"
sarita karnik on Thursday, June 06, 2013
Its a beautiful track, refreshing music and voices. But while you have
given credit to all, lyricits, music, editing, studios, colorist (who is
that?) etc...you have not mentioned the names of the two singers anywhere.
Who are these two lovely singers? The video should also have all the
credits while its being played. Thats the only way it will get registered.

Rahul Shaw on Wednesday, January 29, 2014
undoubtedly a very good piece of treat to ear. but there are some mistakes
in shooting. ankita joshi is using the sennheiser hd202 headphones for the
whole video but it is being reflected that she is wearing it wrongly(left
ear piece in right ear and the left on right ear) at some time instances
of the video. otherwise, as always MAATIBAANI ROCKS!!!﻿

Ananth Aditya on Monday, May 26, 2014
I really love this song. It's one of Maati Baani's songs that breaks free
from compulsive fusion, unlike many of their other compositions. Stick with
the contemporary music and the traditional ragas and the folk interludes
and the wonderful duets: that's your niche, IMHO. The lyrics are simple and
beautiful! All the best, Maati Baani! ﻿

confuciusization on Saturday, July 06, 2013
Is this based on kaanada raagam ? I could see traces of desh though in the
ending. great rhythm and song lingering for few hours after hearing it. Of
late, beginning to realize that it is rhythm that has the power to change
the mood of a song over the actual tune. Great work! Hoping to see you
famous shortly!

sarita karnik on Monday, June 10, 2013
But the title is misleading. If you read the write up, it says "Featuring
on this song is Noor Mohammed Sodha on Jodiya Pawa, a traditional
instrument from Kutchh" and thanks Ankita Joshi,"for the invaluable
inputs". There are two women singing and no where are their names
mentioned. Thats my point!!