Average Rating : 3.58
Total Vote(s) : 12
Please rate this song between 1 star and 5 stars (5 stars being the best). Just move your mouse on the stars above and click as per your rating. Your rating will really help us to improve our website. 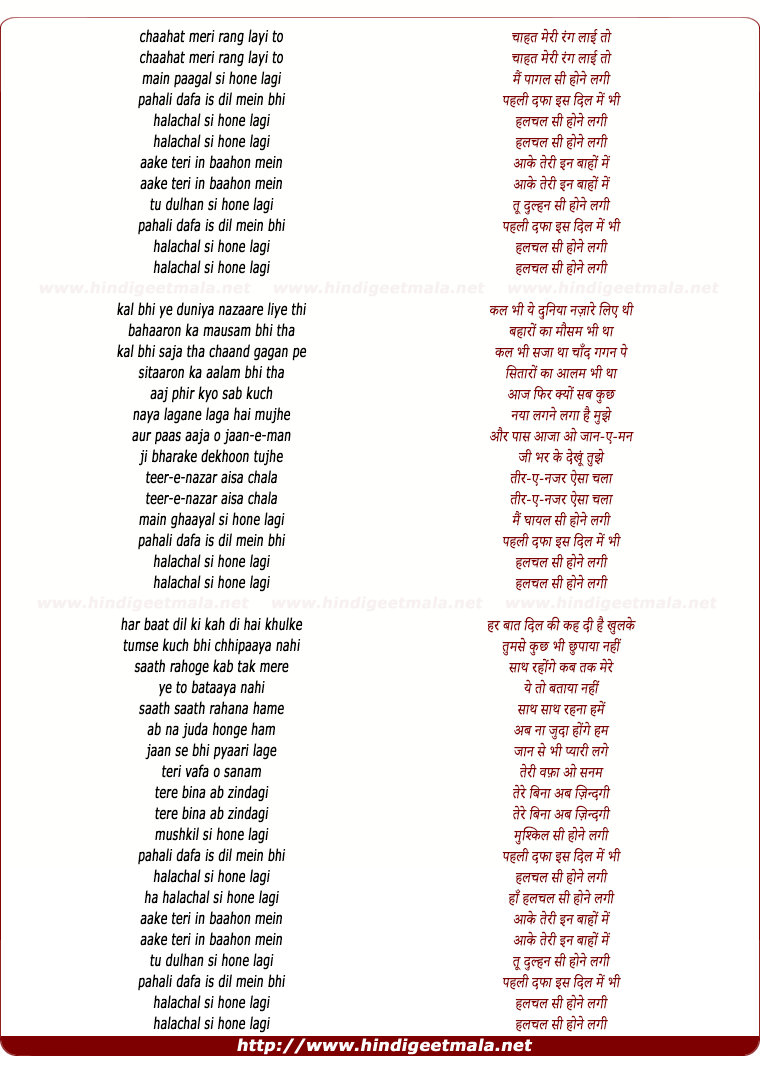 Comments on song "Chahat Meri Rang Laayi"
iron007 on Saturday, January 26, 2008
You are right Ajay and Kajol have done a great job. The lip synch is poorly done nowadays. Either the actors are not doing it correctly or the dubbing people are making mistakes. Although Ajay Devgan, Kajol, Aamir Khan and a few others always seem to get it right.
Samahmed01 on Wednesday, June 11, 2008
saranms1986 you are wrong this song is not from hulchul its from film "Gundaraj" this was the first movie where ajay and kajol started to date each other.
mailmehereplzz on Monday, November 09, 2009
KAJOL HAD FALLEN IN LOVE WITH AJAY(WHOM SHE MARRIED LATER) dURING SHOOT OF THIS FILM. SO IT'S SOMEWHAT TRUE WHAT THEY SING IN THIS SONG ;-)
6Deepa on Sunday, July 27, 2008
lovelyyyy... yes.. excellent melodies. these are back in 90's when Alka and
kumar Sanu rocked the bollywood in duet

kidullam on Monday, February 16, 2009
Another gr8 composition from ANU MALIK. Hes the king of melodies.

Songs of 90s indeed the golden era of melodies and Anu Malik along with, Nadeem Shravan, Anand Milind & Jatin Lalit made those time the most beautiful era of all time Hindi Songs. Hats off to you guys. Also for the lyricists & singers Kumar Sanu / Udit / Alka / Sadana Sargam & Anuradha Paudwal.