Average Rating : 4.56
Total Vote(s) : 9
Please rate this song between 1 star and 5 stars (5 stars being the best). Just move your mouse on the stars above and click as per your rating. Your rating will really help us to improve our website. 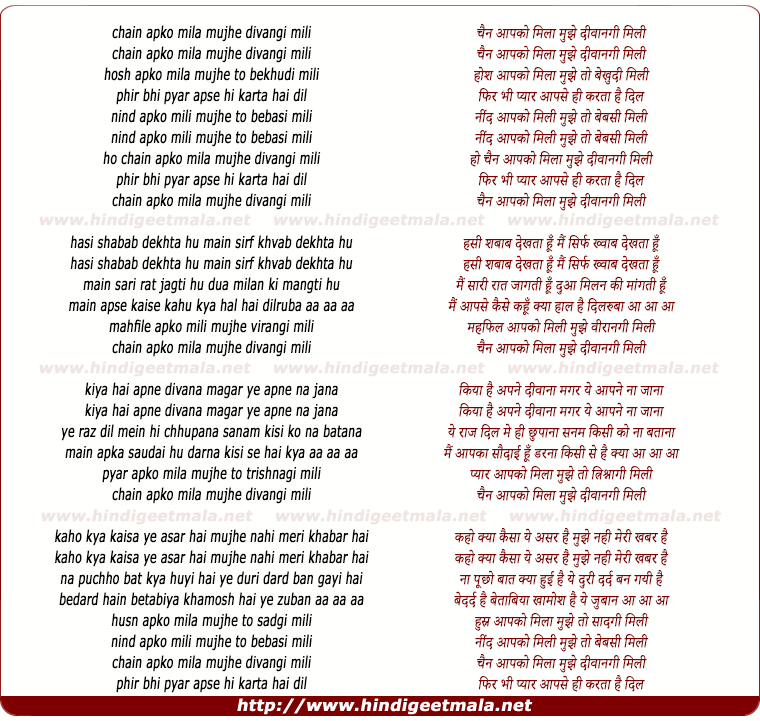 Comments on song "Chain Aapko Mila Mujhe Diwaangi Mili"
Dinesh Bhusal on Friday, August 14, 2015
This song is not put in the movie footpath(sung by Aasha Bhosle & S.P
Balsubramanium). Same song has different type music sung by Shaan & Sadhana
Sargam.But Nadeem Shravan duos are the music directors and Sameer is the
lyricist of both songs.But I like Footpath song more﻿

Marisol Habibi on Sunday, August 19, 2012
originally composed in 1992 for a film called Sanam O Sanam, N-S remade it
in 2003 for Hungama, and TIPS released both the songs the same time