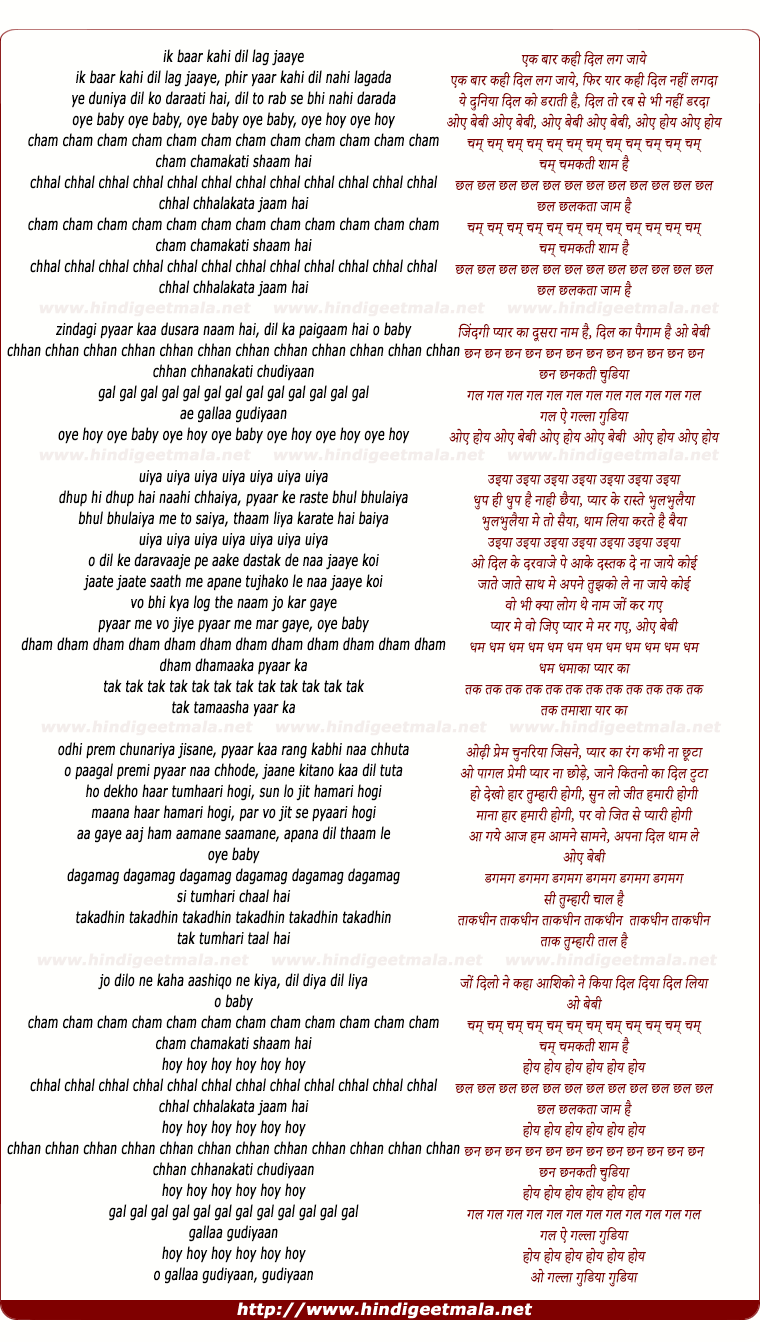 trinisg123 on Wednesday, July 21, 2010
i really like kareena, she is really pretty n i fun, i think ppl get the wrong message from her, she has made her mistakes in the past just like every one of us ppl, but she's seems really cool n fun n she is pretty..idk y ppl hate her
View all 62 comments related to song Cham Cham Cham Cham Chamakti Shaam Hai
Popular Links on HindiGeetMala