We will add as soon as the video of the song is available.
Average Rating : 4.56
Total Vote(s) : 9
Please rate this song between 1 star and 5 stars (5 stars being the best). Just move your mouse on the stars above and click as per your rating. Your rating will really help us to improve our website. 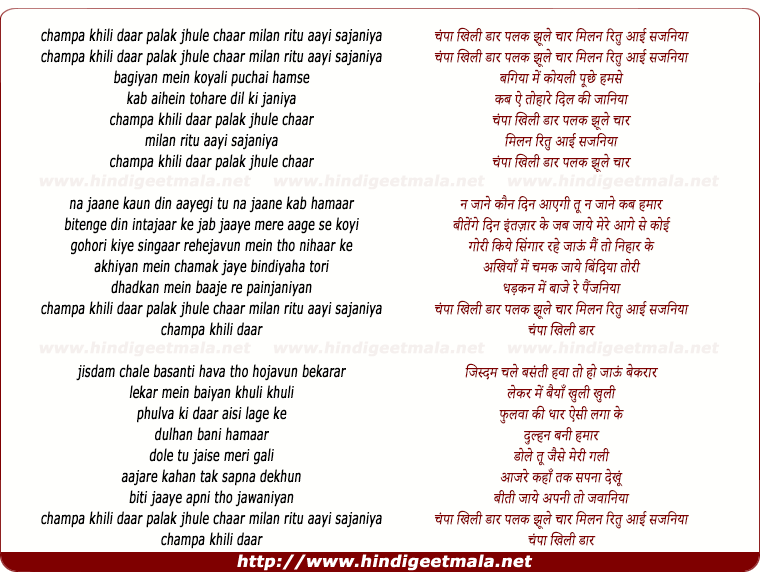 Comments on song "Champa Khili Dar Palak Jhule Char"
armalyte on Sunday, August 14, 2011
this film underwent a couple of title changes as well. the songs came out
in 1975. by the end of the film, you can see 90% of the original cast have
vanished. vinod khanna was meant to be the original hero of the film, but
that was changed. the original actors wernt even available to finish their
own dubbing off either! but the songs are classic 70's RD BURMAN, and thats
the best part.

Rafiology on Sunday, February 06, 2011
@kjaan You are right, Kjaan! The songs were recorded in the late 70s and
the movie's release was delayed.