Average Rating : 4.62
Total Vote(s) : 21
Please rate this song between 1 star and 5 stars (5 stars being the best). Just move your mouse on the stars above and click as per your rating. Your rating will really help us to improve our website. 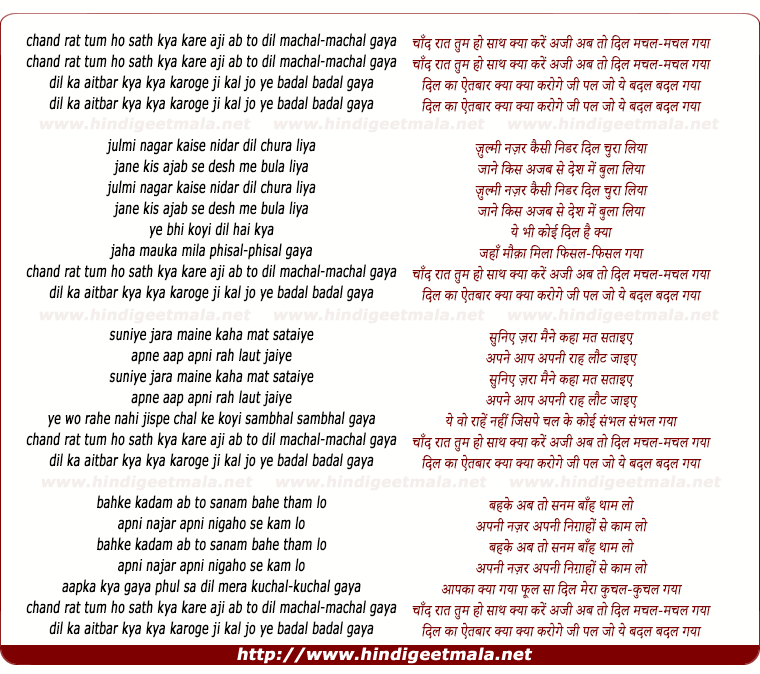 Thanks to Ultra Hindi for this superb film clip. ﻿

NewEye2World on Sunday, September 12, 2010
I have always loved films of Kishore and Madhubala..they make film comic
and their chemistry is awesome. Madhubala's so beautiful

Danny Ton on Sunday, September 14, 2014
Beautiful song however these comments below annoy me quite a lot
Why are people saying madhubala never loved kishore and her love was only
DilipKumar ? Kishore kumar was the one who stood by her side and did
everything possible to cure her and now people are talking bad about this
man ? How silly
I think they made a beautiful couple ﻿


Anji Clark on Sunday, October 06, 2013
Madhuji is the MOST beautiful woman ever in my opinion...her expressive
features and enchanting smile are incomparable. No-one has even come near
to matching her...I wish could've seen her at her height but, alas, I
wasn't born till later.