Video of this song from youtube
Average Rating : 4.58
Total Vote(s) : 24
Please rate this song between 1 star and 5 stars (5 stars being the best). Just move your mouse on the stars above and click as per your rating. Your rating will really help us to improve our website. 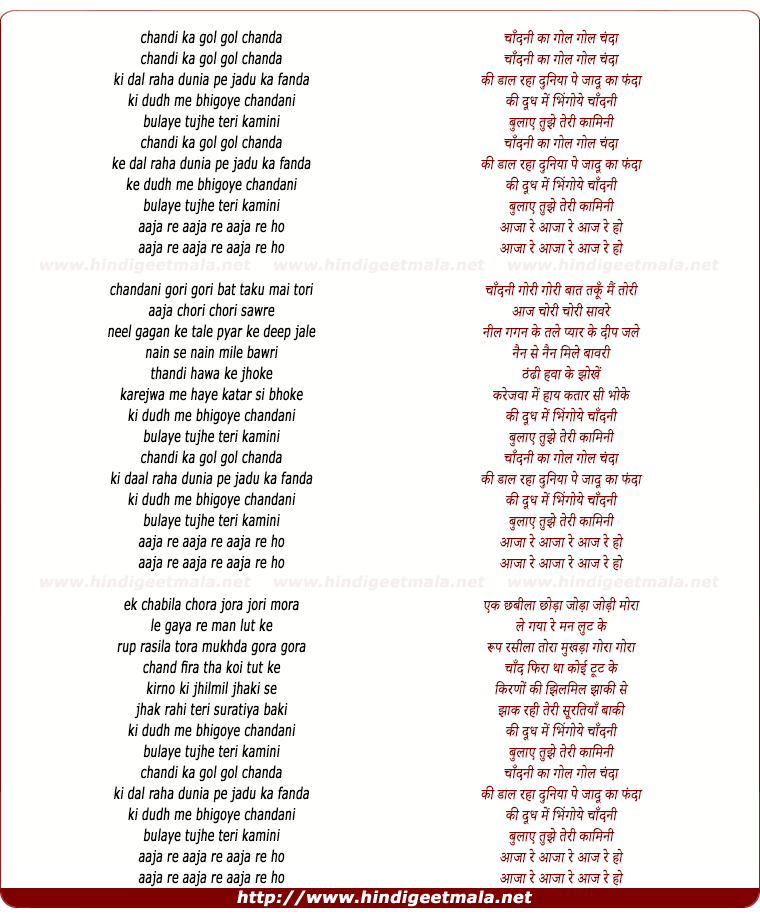 Comments on song "Chandi Ka Gol Gol Chanda"
V. Siddhartha on Thursday, August 13, 2009
To this kind of melodious call from a Kamini like Amita in a voice borrowed from Lataji, probably a million young men wanted to respond by making a beeline to her! Another super lovely song. I've never heard before. Thanks, Rajeev.
anna longo on Thursday, August 13, 2009
Wah! Chaandi Ke Katore Mein Garam Garam Dooth Aur Jaalebiyon Ka Mazaa Sa Delaa Gaya Yeh Lazeez Gaana!
SK Pandey on Wednesday, October 20, 2010
One of the best combinations of Lataji and Raf Saheb. Thanks for uploading this rare gem.
khazanchi on Thursday, August 13, 2009
Anything to do with nature is beautiful,just lije this song.I love it.Thank you.
kianwar on Sunday, August 16, 2009
A great song by S.N.Tripathi based on Raag Pahadi.
View all 7 comments related to song Chandi Ka Gol Gol Chanda