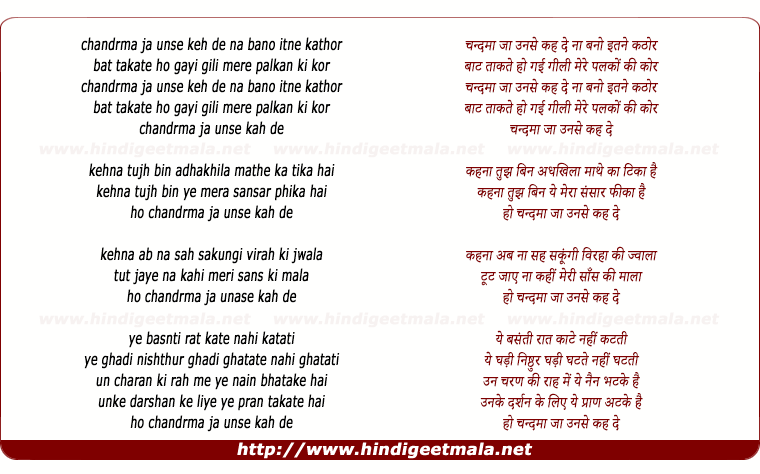 Suryasmitha on Friday, December 24, 2010
I succeeded in listening to this beautiful song!! One of my fave raagas!!
:) Thank you so very much!! I've searched many years for this particular
song and today thanks to you, my dream came true! Dhanyawaad!

Manju Kumar on Sunday, August 04, 2013
Thanks i have been searching for this song for a very long time. God bless
you!