Video of this song from youtube
Average Rating : 4.64
Total Vote(s) : 39
Please rate this song between 1 star and 5 stars (5 stars being the best). Just move your mouse on the stars above and click as per your rating. Your rating will really help us to improve our website. 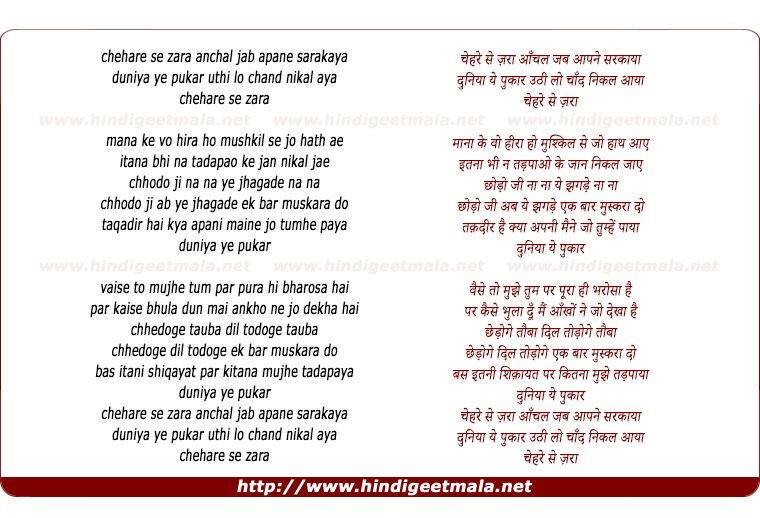 Comments on song "Chehare Se Zaraa Aanchal Jab Aapane Sarakaayaa"
SforSangeet on Thursday, April 10, 2014
Nayyar gave a total of 4 songs to Mukesh and all of them were hits,
especially this one and the one in Sambandh "Chal akela'. Certainly Nayyar
had the talent to go beyond the Punjabi kind of songs that he had Rafi,
Shamshad and Asha sing for him. He should have used the wonderful voice of
Mukesh more often and broadened the range of his extraordinary musical
talent.﻿

vaadaenmacchi on Sunday, August 22, 2010
@zairt i bow to you sir! you are spot on! he's trying to be like shammi
kapoor but he's not even close to jeetendar's style!