Video of this song from youtube
Average Rating : 4.36
Total Vote(s) : 11
Please rate this song between 1 star and 5 stars (5 stars being the best). Just move your mouse on the stars above and click as per your rating. Your rating will really help us to improve our website. 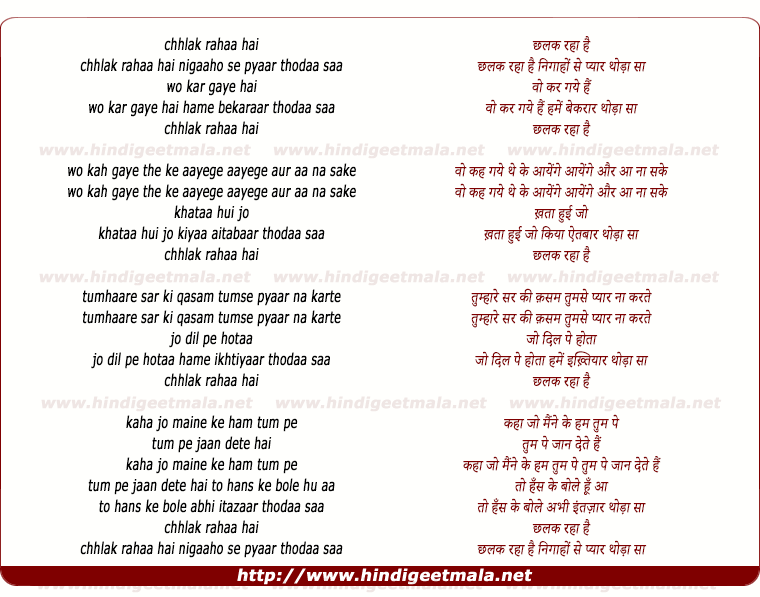 VeeJay on Friday, July 02, 2010
I thought this was sung by Noor Jehan. I was wrong. I love it. Thank you
for the upload.