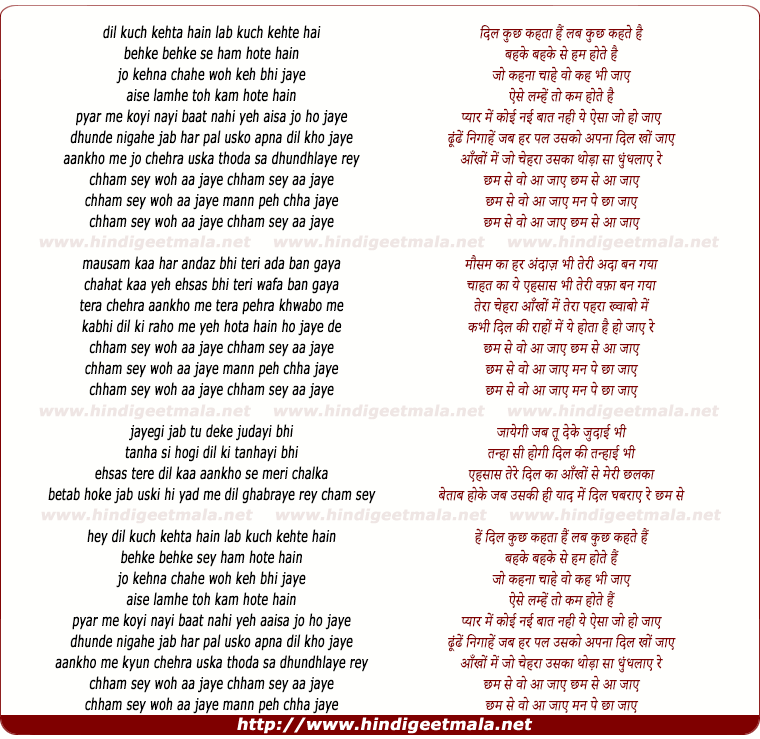 
A GREAT DIRECTORIAL WORK BY ANUBHAV SINHA WITH A MULTI CAST. KUDOS FOR
WORKING WITH A VIGOROUS MULTICAST.﻿

giriisindahouse on Monday, October 18, 2010
All you guys look at is the faces in front of the screen. Very few care about the greater personalities and very very underrated talents who sing it.
ziana. k on Saturday, April 20, 2013
The blue one is attracting the most attention cos of his amazing energy and
effort lol and Zayed Khan is so cute <3 marry me please?

Swades4ever on Saturday, October 11, 2014
Diya Mirza is a waste for Bollywood..she looks nice but she has nothing to
do in films whatsoever!﻿

Basmina Khan MU on Monday, April 15, 2013
This is sick song I love it when they sing it in English and the way they
dace them 2 look so cool!