Video of this song from youtube
Average Rating : 4.42
Total Vote(s) : 1051
Please rate this song between 1 star and 5 stars (5 stars being the best). Just move your mouse on the stars above and click as per your rating. Your rating will really help us to improve our website. 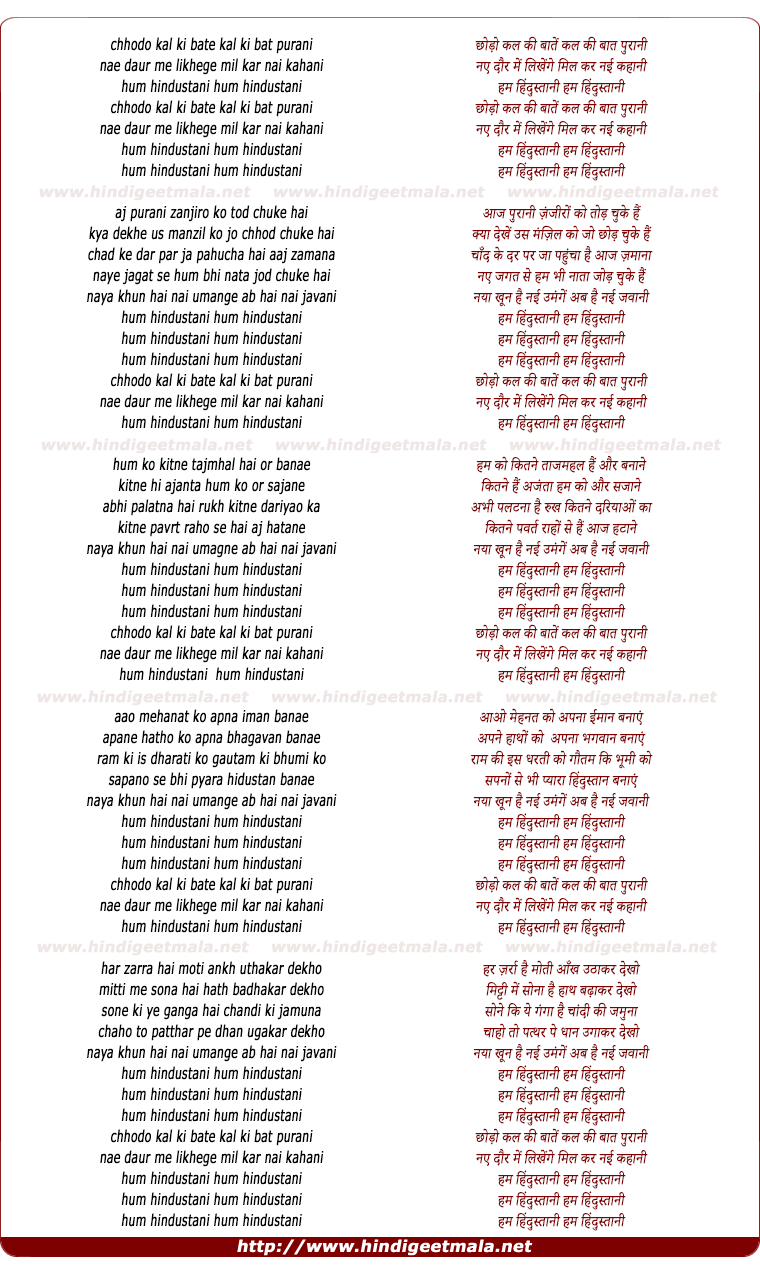 Comments on song "Chhodo Kal Ki Baaten Kal Ki Baat Puraani"
studer3500 on Thursday, August 05, 2010
@tildakhush - The Indian empire stretched as far as Cambodia towards the
east in King Ashoka's time before birth of Christ and towards the west in
Afganistan where part of it is known as Kandahar . Before that, at one
time, the queen of Kandahar was married to an Indian prince. That is why
you see the Buddhist statues in Afganistan which are being destroyed by the
talibans.

onandonandon1234 on Tuesday, June 29, 2010
This song applies not only with respect to a patriotic spririt, but to each and everyone's personal life as well. Its telling you to live in the present and dream about the future..the past is dead and buried
shama475 on Sunday, May 31, 2009
i think music is by usha khanna and lyrics by rajendra krishan...she gave her best to this film all songs of this film are gems,...wonderful work indeed, and some more like aao pyar karein etc...
Chawla Jasmeen Kaur on Monday, November 09, 2015
This is a song we have been listening since childhood say about 50 years it
describes India in a different way the Lyrics as great as one can think
superb tune by Usha khanna ji﻿