Video of this song from youtube
Average Rating : 4.13
Total Vote(s) : 31
Please rate this song between 1 star and 5 stars (5 stars being the best). Just move your mouse on the stars above and click as per your rating. Your rating will really help us to improve our website. 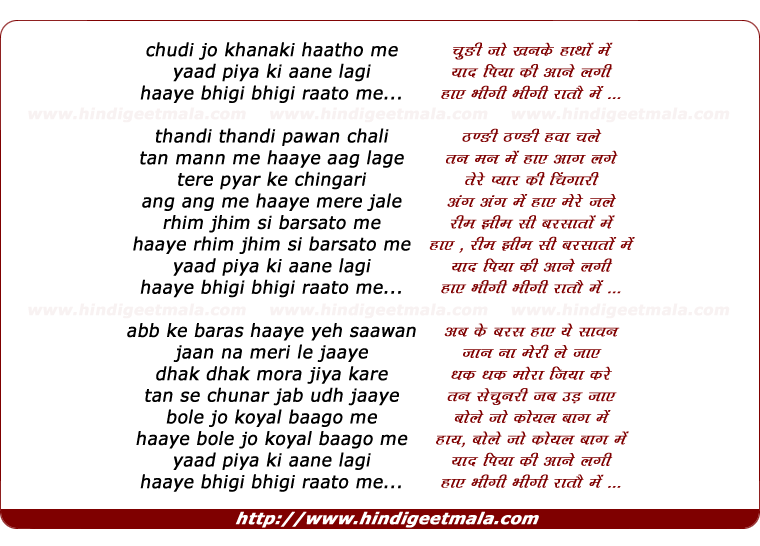 liverpoolisbest1001 on Tuesday, July 16, 2013
Yes, it is. The same song is also included in this album with some other
songs from Falguni Pathak.

Vishal Sathyan on Friday, December 28, 2012
I asked so because the lyrics are the same, and also the tune of the song,
but background music is very different.

Vishal Sathyan on Saturday, December 22, 2012
Is this song what which was used later from an album called 'Yaad Piya Ki
Aane Lagi', released in 2000?