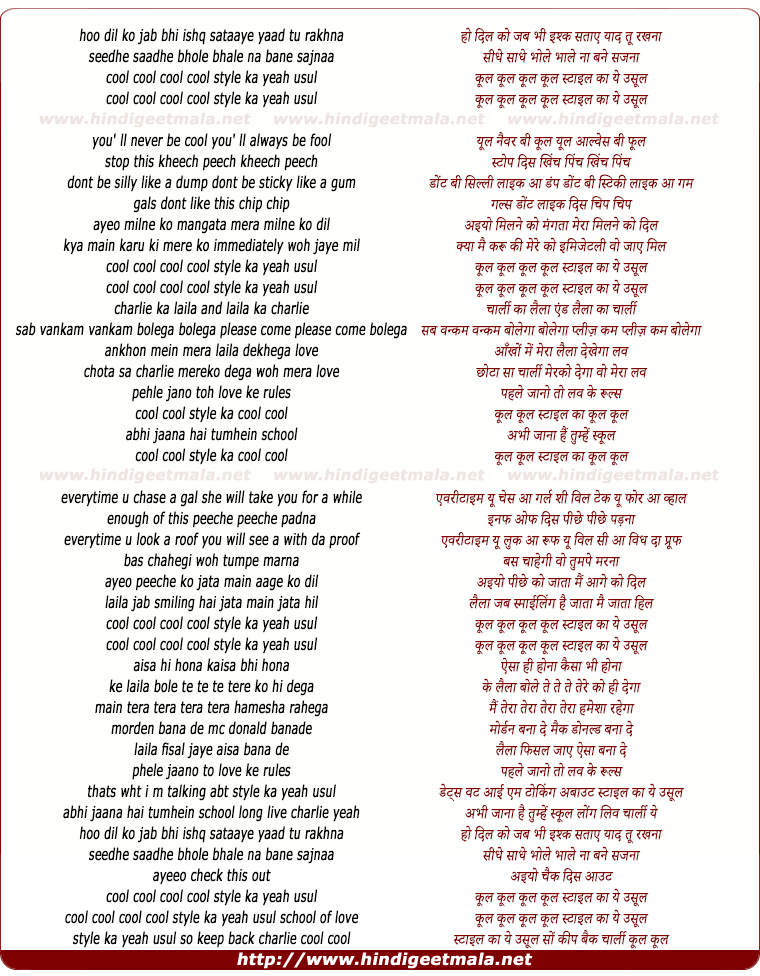 Comments on song "Cool Cool"
Lailaevil22 on Wednesday, February 03, 2010
The songs are very good and original,but the storyline was very bad,very simple and very boring y recomend only the songs but the movie was a really crap
WildFury on Tuesday, July 21, 2009
Could not understand a word of it but still I love this song!

lol It sure got me dancing even though I don't know how to dance.

Is there any chance for this movie to be released all over the U.S. and not just Los Angeles?

Savaaha on Sunday, October 04, 2009
As for it being disney, it really is more Ballywood than disney. According to info it does contain bleeped language and mild comic violence.If you're cruising Youtube then there shouldn't be any problem with you watching the movie.
Lovpuppy12 on Sunday, October 04, 2009
Yea.. Your right.. ^^ Comic violence & Bleeped language is okay with me and even my mom, lol. Its just my dad im worried about XD
Kawaii Neko on Friday, November 11, 2011
Romeo is so cool X3 I love him and yet I havnt seen the movie O.o
Charlie... well he scares me and has really bad teeth XD