Average Rating : 4.53
Total Vote(s) : 32
Please rate this song between 1 star and 5 stars (5 stars being the best). Just move your mouse on the stars above and click as per your rating. Your rating will really help us to improve our website. 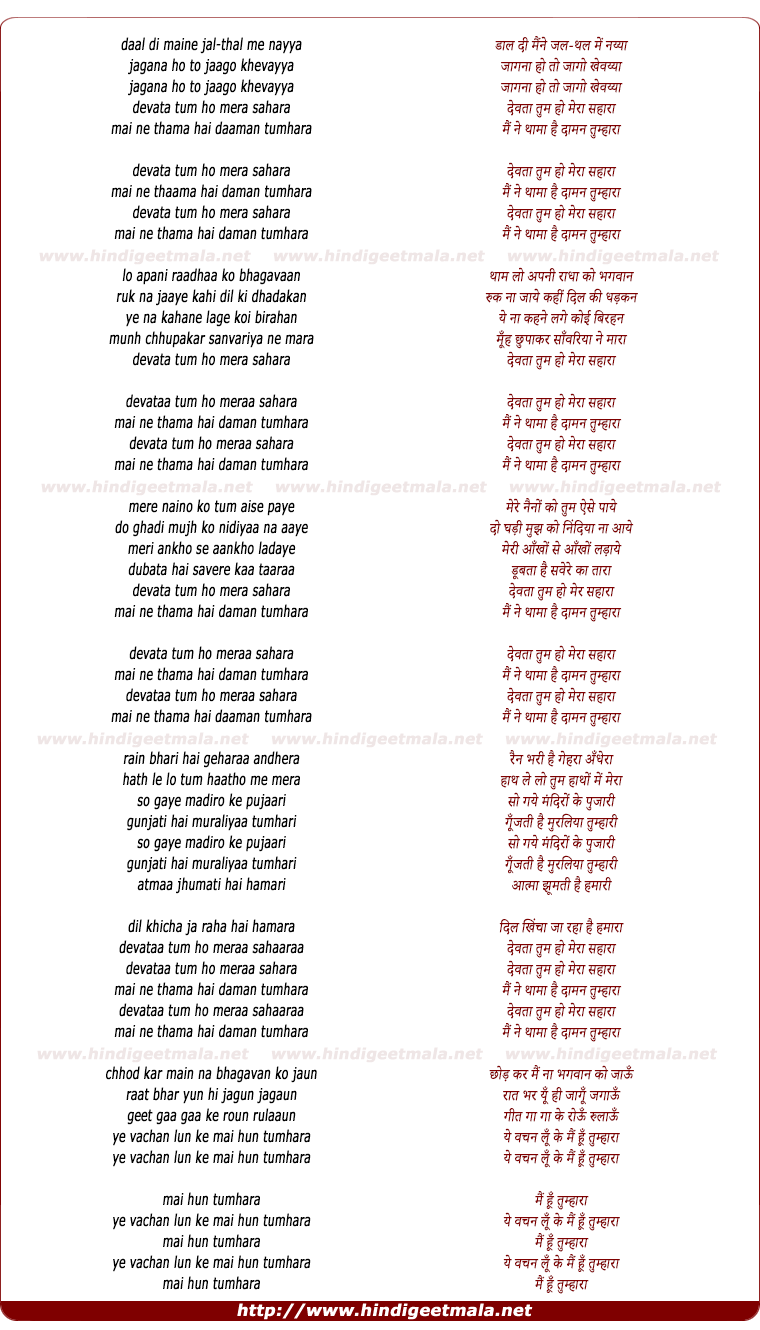 Comments on song "Daal Di Maine Jal Thal Me Naiya"
rumahale on Friday, April 09, 2010
Superb song from famous movie Daera with my favourite tragedy queen in the
cast; remember her husband Kamal Amrohi produced and directed the movie;
rendered so beautifully by Mohammad Rafi and Mubarak Begum. Thanks for
making it avaailbe.

rajanmathew100 on Friday, June 24, 2011
I consider this as one of Mubarak Begum's best. It is treat to hear her with Rafi. She sounds very confident, no matter with whom does she sing, Asha , Lata or Rafi, absolutely no inhibition! Great talent indeed!
Rajan Thomas