Average Rating : 3.99
Total Vote(s) : 135
Please rate this song between 1 star and 5 stars (5 stars being the best). Just move your mouse on the stars above and click as per your rating. Your rating will really help us to improve our website. 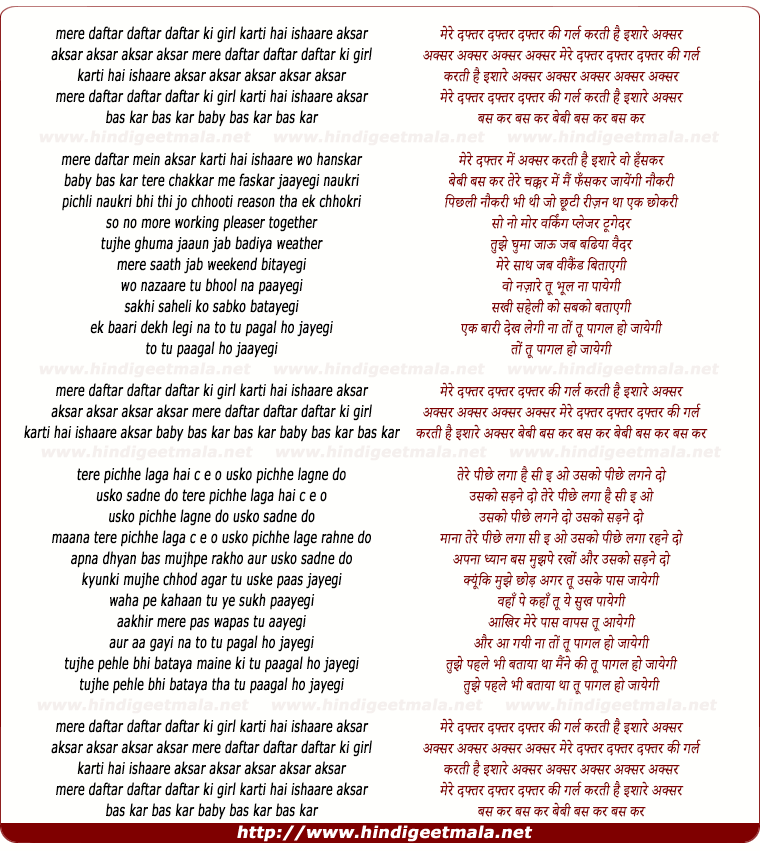 Comments on song "Daftar Ki Girl"
lufee smith on Wednesday, October 15, 2014
oh well honey singh i guess youll be getting your grammy soon . even though
alot of people dont like you ... you also have all the resources now ;) so
yeah best of luck ... waiting for you to make another video with Director X
. ﻿

7Shray on Friday, August 29, 2014
auto tune to its max!! if the Indian Punjabi youth thinks this is what Rap
is all about, then sorry boss; i have nothing more to say!!! waste of time
to review the entire album !!! ﻿

Maher Ali on Friday, August 29, 2014
Bohemia all albums have more better song than this punjabi rap the badshah
is bohemia and this is not even its near ﻿