We will add as soon as the video of the song is available.
Average Rating : 4.75
Total Vote(s) : 8
Please rate this song between 1 star and 5 stars (5 stars being the best). Just move your mouse on the stars above and click as per your rating. Your rating will really help us to improve our website. 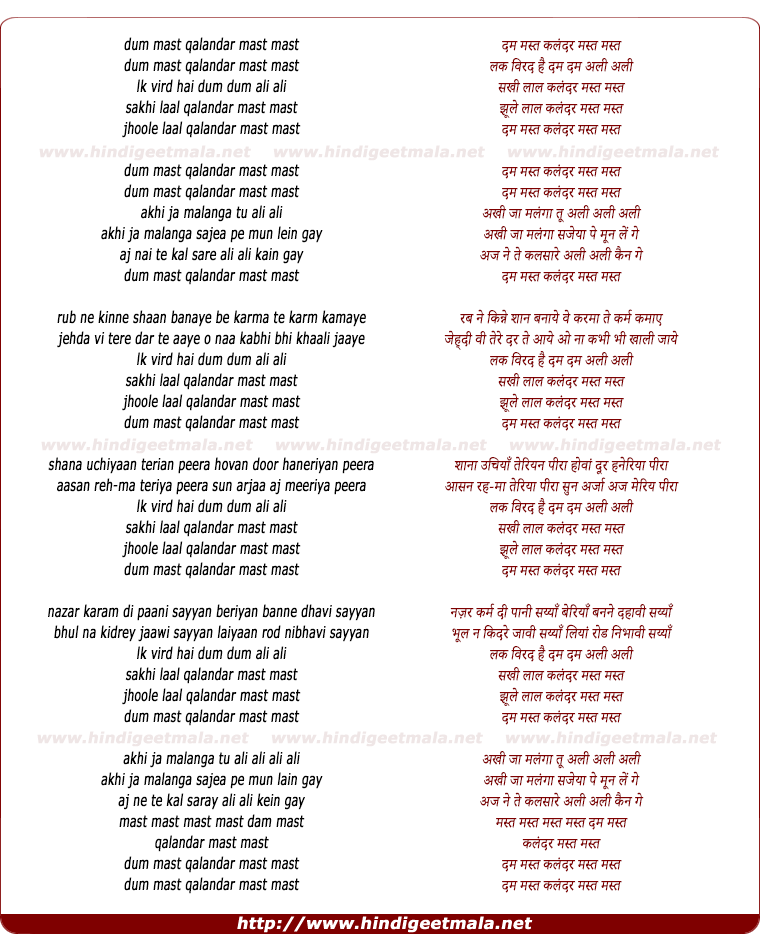 emperor429 on Sunday, September 02, 2007
lmao hahahah, aii who ever says music is wrong get dis right if it wasnt for qawwal, islam wudnt have spreaded dat quickly dis music helps attract people towords islam listen to the ones dat have great meanings not de ones dat discourage u from Allah de ones such as Allah hoo and Ali da Malang And Ya Nabi these songs are decent, Islam is de fastest growin deen and music played a big part back then, lmao,
hsoomal on Friday, January 18, 2008
i am a Sikh, punjabi, but this video has such a strong religious feeling
attached too it, it truly makes you feel gods presence and makes you
realize that there is one god, one love amazing vid! i made a video on
nusrat fateh ali khan as well, lemme know what you think take care :)

man4woman on Sunday, October 14, 2007
GOD bless this most beautiful soul that had touched the hearts of many like
me. The late Nusrat Fateh Ali Khan was a poetic & musical GIFT to us
all.lets all enjoy this GIFT whilst we like him have to say bye to this
'dunia' one day. Baljeet Singh MALAYSIA

Bindibaby2 on Tuesday, November 13, 2007
He really was the Voice of the Century. Whenever I listen to him I get chills. I once brought one of his recordings to Indonesia and people went crazy over his ecstatic singing.If everyone worshipped the Divine in this way, maybe there wouldn't be any war.
View all 572 comments related to song Dam Mast Qalandar
Popular Links on HindiGeetMala