Average Rating : 4.14
Total Vote(s) : 14
Please rate this song between 1 star and 5 stars (5 stars being the best). Just move your mouse on the stars above and click as per your rating. Your rating will really help us to improve our website. 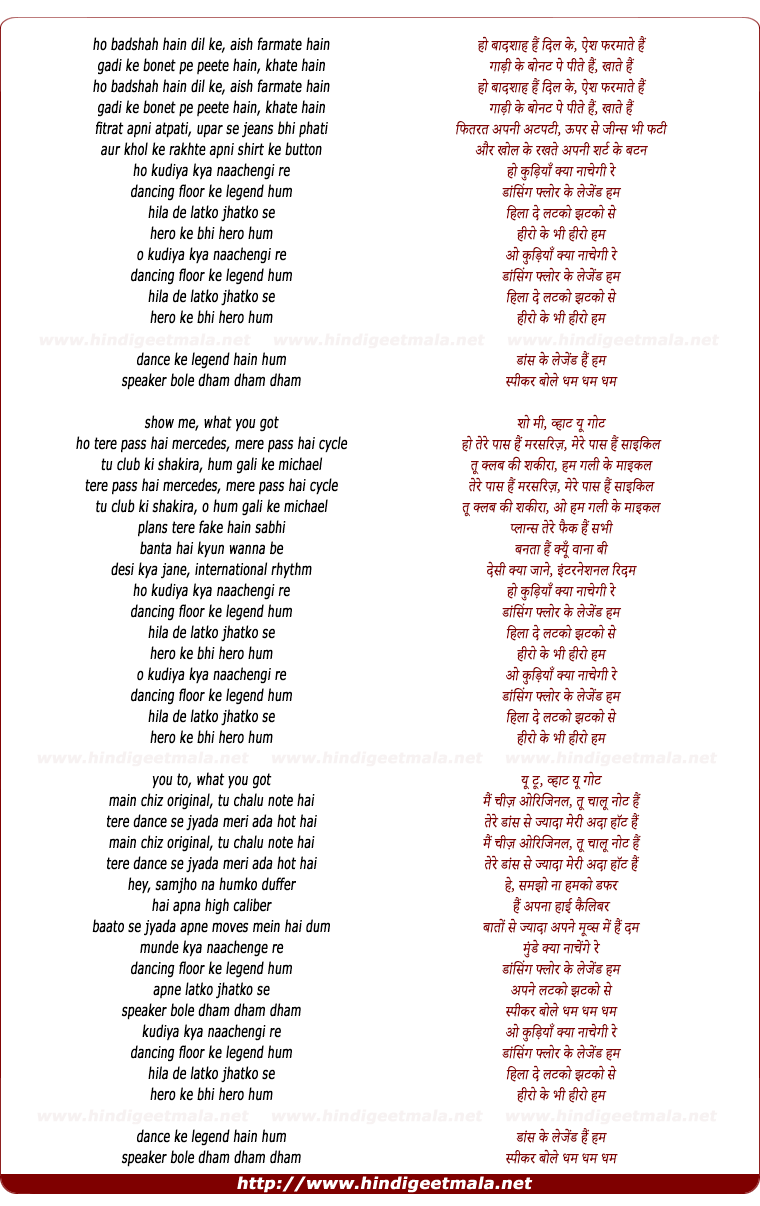 Comments on song "Dance Ke Legend"
Eva Jahan on Thursday, September 03, 2015
I doubt if any other producer would launch these two..their parents are not
famous.. most people that comes from film background are the kids of
superstars..abhishek bachan, kareena kapoor, hrithik roshan, esha deol,
saif ali khan, ranbir kapoor, sonam kapoor, shradda kapoor sonakshi singha
and many other filmy background people are the kids of very well known
actors..and actors like varun dhawan, alia bhatt and arjun kapoor are the
kids of well known director and producer..but sunnil shetty and aditya
pancholi are not very well known actors.. sunnil shetty did mostly
supporting roles and aditya pancholi did few villian roles, but he was not
famous like shakti kapoor..their kids sooraj and athiya are not that good
looking or talented.. both would best fit for supporting role or villian
role like their parents.. salman knows their parents very well and that' s
why he launched them..otherwise they wouldn't be able to enter bollywood.﻿

Shania. on Monday, September 14, 2015
For everyone saying he's not a great dancer, to be fair he's actually done
great with some crappy choreography, I think he could be great. He's got
the looks and the energy. Haven't seen the movie yet, but he's probabaly an
okay actor too. When a newcomer comes atleast let them make a few movies
before judging them. Everyone was like this with Tiger Shroff and I thought
he was pretty great. A debut film is always a bit so and so.﻿

Jainism on Thursday, September 10, 2015
Ohhhh - Totally flop Dance and moves- Even more look horrible when they
use laser lights, This guy Aditya pancholi don't even know how to dance at
all, Dressing sense zero,,, better to learn from hrithik, govinda, shahid
or varun dhawan... they dancing much better than this jerk. lolllzzzzz﻿

royaljatti on Saturday, August 15, 2015
Salman actually killed street dwellers, where as Sooraj is still a prime
suspect in Jiah's murder. I don't know why all Indians can forgive BHAI so
damn easily and keep bashing this dude? I mean come think of it, its one
criminal endorsing another "potential criminal". Whats the big deal?﻿

Biswajit Pattanayak on Monday, August 31, 2015
People complimenting and going GAGA over a prime suspect in a suicide case!
What's the difference between u all and those obnoxious supporters of Radhe
maa?

Just bcoz Salman(coincidentally an accused HIMSELF) is promoting him, dont
let your emotion cloud your judgement!﻿