Video of this song from youtube
Average Rating : 4.00
Total Vote(s) : 6
Please rate this song between 1 star and 5 stars (5 stars being the best). Just move your mouse on the stars above and click as per your rating. Your rating will really help us to improve our website. 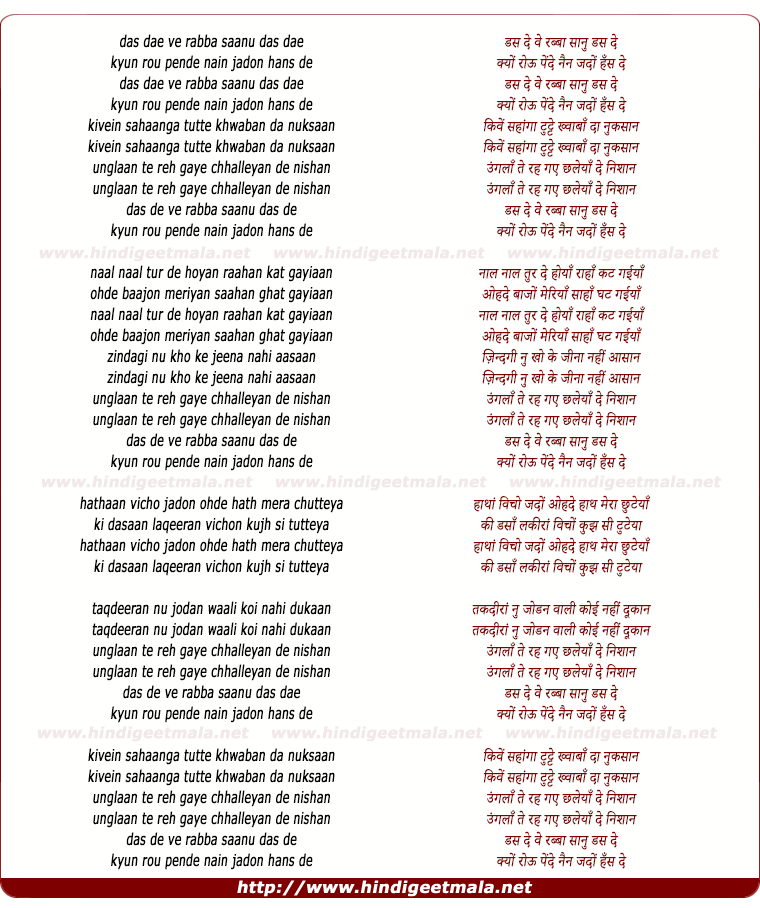 Comments on song "Das De Ve Rabba"
AvneeshNful on Monday, June 01, 2015
Ishqedarriyaan Movie Review
Renuka Vyavahare
Love stories or any story for that reason works when there is something in
it that's relatable...memorable characters or precious moments. A
'sacrificing attitude' was prime requisite once upon a time in all kinds of
social/romantic dramas but that's the thing of the past. This film revolves
around it and turns out to be inconsequential in return. Despite decent
production values, Ishqedarriyaan fails to click as it is way too cliched.
Conventional is fine as long as it leaves some impact on you as an
audience, which doesn't happen here.

Evelyn Sharma for a change is not seen in skimpy outfits but her acting
stays consistently poor, Mahaakshay is convincing but the film is way too
tedious for you to sit through it. Music and locations are probably the
best part about this film.

3.75/5 Good Movie Mimoh's shining Bright and Eveyln and other co star are
good too...do not fully agree with the review above but thumbs up to Music
and Premises of the movie on whihc it was set up... (Y)﻿