Video of this song from youtube
Average Rating : 4.57
Total Vote(s) : 14
Please rate this song between 1 star and 5 stars (5 stars being the best). Just move your mouse on the stars above and click as per your rating. Your rating will really help us to improve our website. 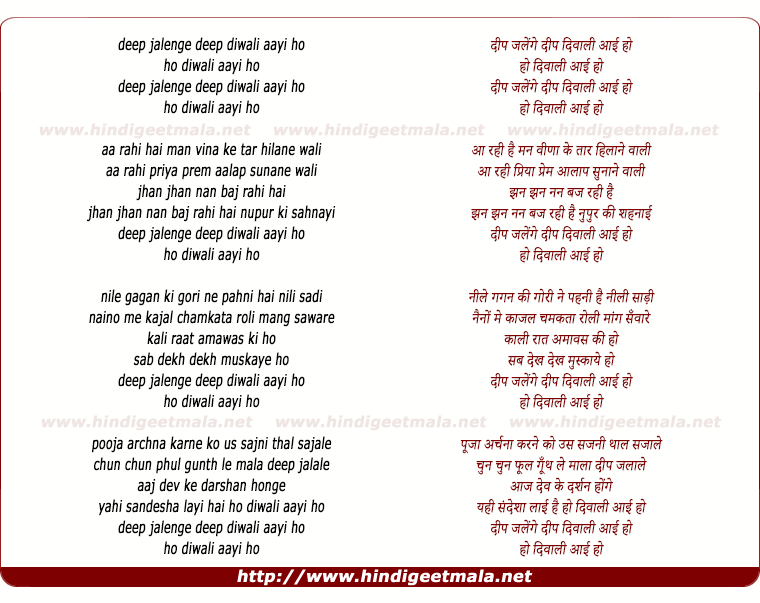 Simply brilliant. I am really overwhelmed - listening it for the first
time. Thank you for the rare gem. Web site mentions Lalchand Bismil as the
lyricist.﻿

aarenya on Wednesday, October 26, 2011
This film , produced by the late Prithvi Raj Kapoor , using his Prithvi
Theater actors , failed miserably at the box office and left him indebted
for a very long time .

jasbongy on Monday, August 30, 2010
Geeta ji sings very beautifully .Her voice is so soothing to ears and mind.
Thanks. Thumbs Up. W.R. Sarla.

RSS377 on Monday, October 04, 2010
Thanks for posting all the wonderful Geeta Dutt numbers. By any chance do
you the song " Na manoge fight karega" by Geeta Dutt and Mahendra Kapoor
from the film Lady Robinhood (1959). I would be thankful if you can post
the same

studer3500 on Sunday, August 29, 2010
Many thanks for sharing this lovely song.
Popular Links on HindiGeetMala