Average Rating : 3.25
Total Vote(s) : 4
Please rate this song between 1 star and 5 stars (5 stars being the best). Just move your mouse on the stars above and click as per your rating. Your rating will really help us to improve our website. 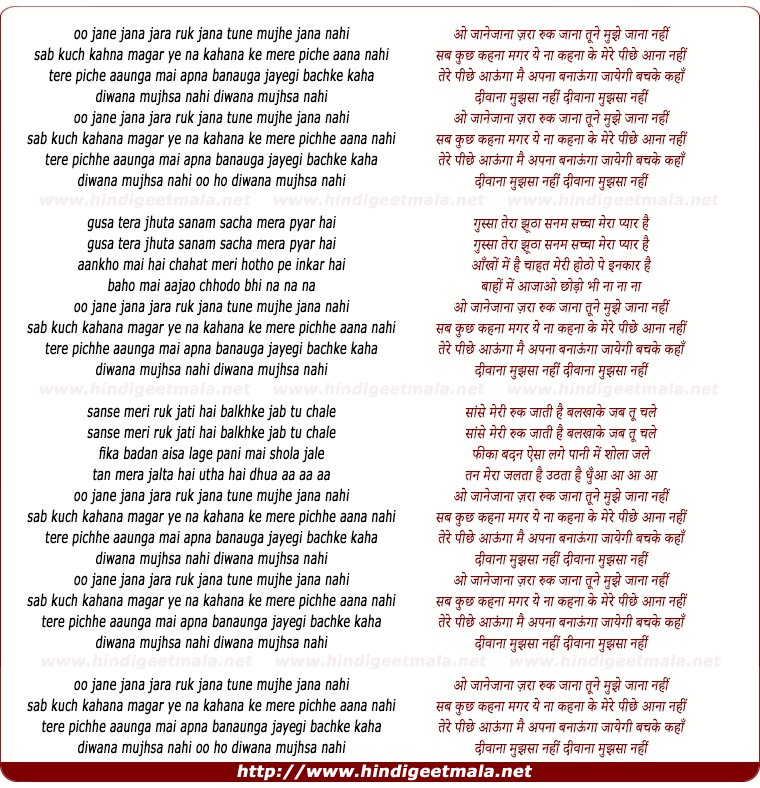 Moin Khan on Friday, July 08, 2011
Got two words for Madhuri's character in this film "Restraining Order". Not
sweet at all I disagree. All Aamir's character's did in the film was to
harass Madhuri's character. True Love would be to find happiness in her
happiness even if it means you are not with that person...Remember that was
the ending of film Sajaan with Salman. Any ways no offense to anyone here
ok.Live...Love...Laugh "Kya Pataa Kal ho na ho".lol...

PenguinzRCool on Monday, June 25, 2012
LMAOO!! I still don't understand why she was trying to get away from him by
running away into the freaking woods/hills!! Ahahhaha, and look at those
awesome jumping jacks @2:56!!! XD OMG this song was funny then, and even
more hilarious now!!!

SHASTA27108 on Saturday, April 23, 2011
most sweetest film... true love never fails... trule love happens once.. its worth fighting for and love the way amir khan didnt give up in this film.,...

oldmelodies on Saturday, October 19, 2013
a flop movie. a poor remake of english film. after this film khusboo went
to tamil film inudustry and ruled there from 1990-1999