Video of this song from youtube
Average Rating : 4.60
Total Vote(s) : 35
Please rate this song between 1 star and 5 stars (5 stars being the best). Just move your mouse on the stars above and click as per your rating. Your rating will really help us to improve our website. 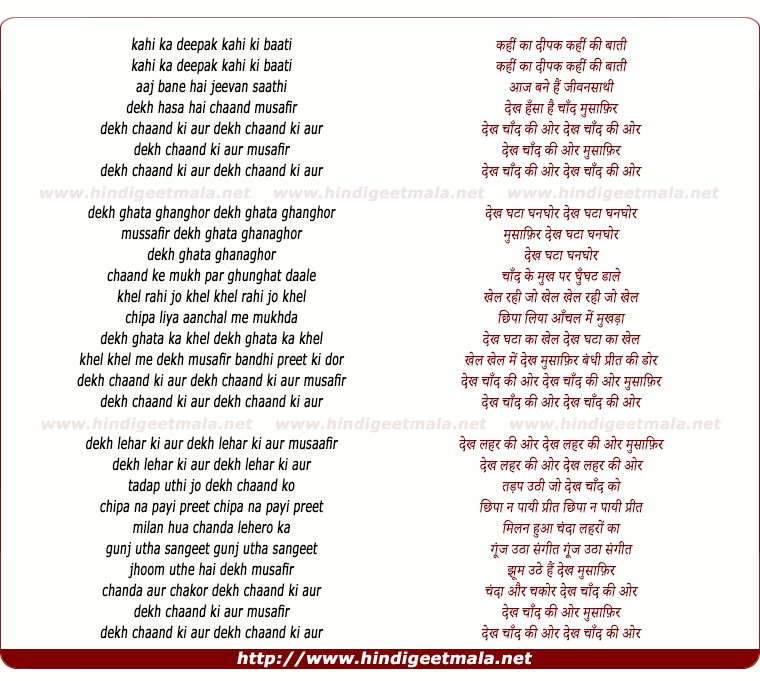 Bharat Gul on Friday, June 15, 2012
A very soothing song of hope and strength in love drawing lessons from the
interplay between forces of nature. The constancy amidst their flux has
been a storehouse for our lyricists to draw upon. Love the baansuri notes
too. Thanks, Suhanee.

om brahma on Thursday, March 28, 2013
So true. His next film Barsaat shattered all the records with the
introduction of the duo of Shankar-Jaikishan. It catapulted Lataji to
stratosphere.