Average Rating : 4.53
Total Vote(s) : 40
Please rate this song between 1 star and 5 stars (5 stars being the best). Just move your mouse on the stars above and click as per your rating. Your rating will really help us to improve our website. 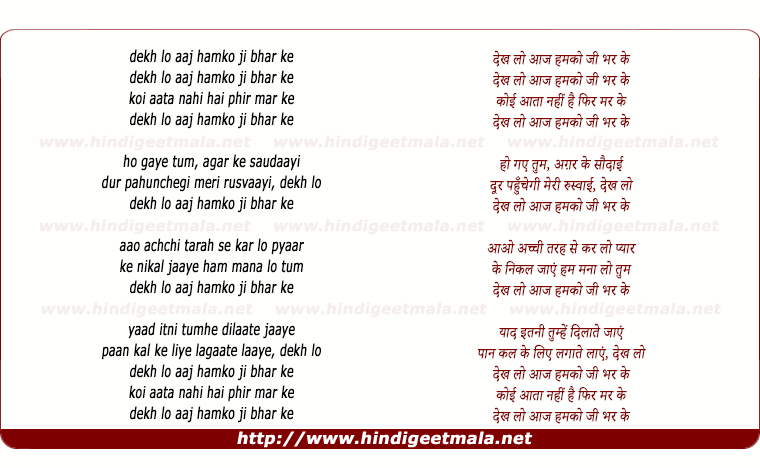 Comments on song "Dekh Lo Aaj Hamako Ji Bharake"
Prince Charm on Wednesday, May 15, 2013
Baazar, arth and such offbeat movies of 80's were such a gem. One of the
best Jgjit Kaur, my favourite was Tum apna ranj o gham.. Oh GOD those were
days, those were movies, I still remember I watched this movie at my Nani
house, very small kid dont know what exactly the story, but my Nani, khala
used to say this is the one of the best movies and last of Urdu movies..

Keshav Sharma on Sunday, June 17, 2012
Thanks, I am also a great fan of Supriya Pathak. She played brilliant roles
in Bazaar, Masoom, Kalyug, Vijeta and many other films. I wish she could
have acted in more films !!