Video of this song from youtube
Average Rating : 4.00
Total Vote(s) : 17
Please rate this song between 1 star and 5 stars (5 stars being the best). Just move your mouse on the stars above and click as per your rating. Your rating will really help us to improve our website. 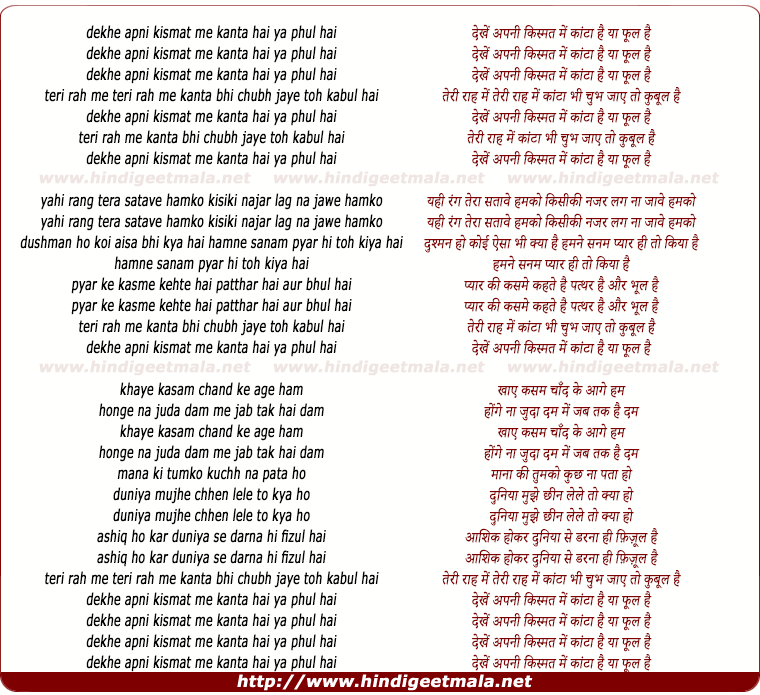 Comments on song "Dekhe Apani Kismat Me"
Mushtaq Qureshi on Saturday, December 08, 2012
Beautiful composition by Anand Milind , Mohd Aziz & Anuradha Paudwal sang
marvelous and they were at their peak this time,I have a Hindi songs book
of this era by the name "Aaj ke Mohammed Rafi Aur Lata Mangaeshkar". Thanx
for the upload.

axn36 on Sunday, November 27, 2011
The actress was very beautiful, but she disappeared after this movie & maha
sangram, she's the niece of Saira Bano, her name is Shaheen Bano